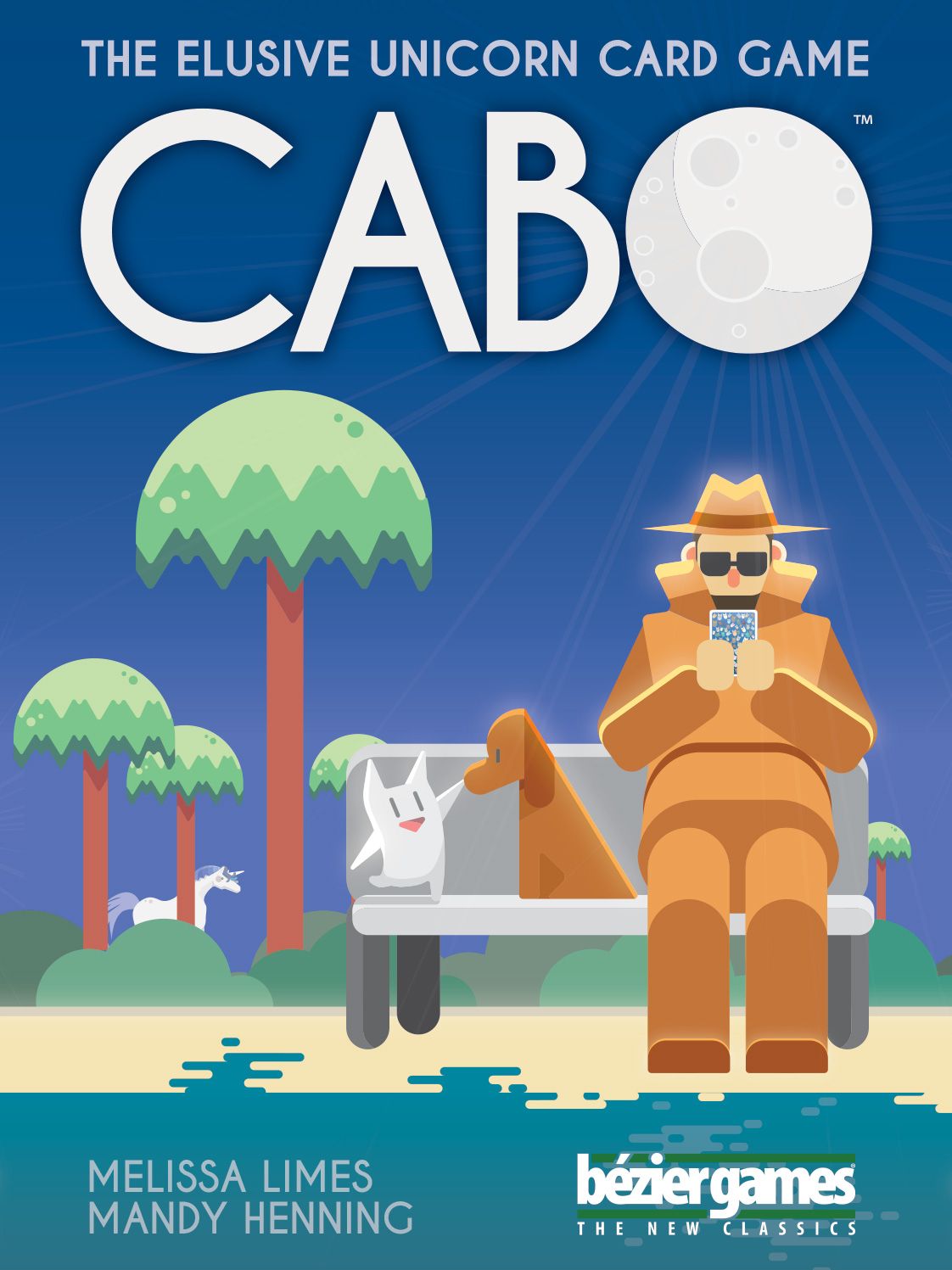 Spy, swap, and peek to find Cabo the unicorn in this simple card game. Your goal in CABO is to minimize the total value of your cards, but you don't know what all your cards are at the beginning of the game. By using certain powers to peek at your own cards, spy on your opponent's cards, or swap a card with an opponent, you can try to minimize the value of your cards. When you think you have the lowest value, you can call "CABO" to end the round, but everyone else gets another turn. In the end, the player with the lowest total wins; can you shed your cards quicker than your opponents? This second edition of CABO features modified rules, a scorepad, four player reference cards, and all new artwork. Rules modifications include the following: Plays 2–4 players (instead of 2–5) Cards taken from the discard pile remain face up for the rest of the game, even when in front of players (instead of always keeping cards face down) Penalty for non-matching cards: Keep all cards including the one drawn — one more per additional cards that do not match (instead of no penalty) 10 point penalty for missing a CABO call (instead of 5) All players score the sum of their points; if the CABO caller has (or is tied for) the lowest sum, they get 0 points (instead of the lowest player always receiving 0 points) The round ends after a CABO call or the deck runs out (instead of just when CABO is called) Limit of one reset to 50 when your score=100 exactly (instead of unlimited resets)