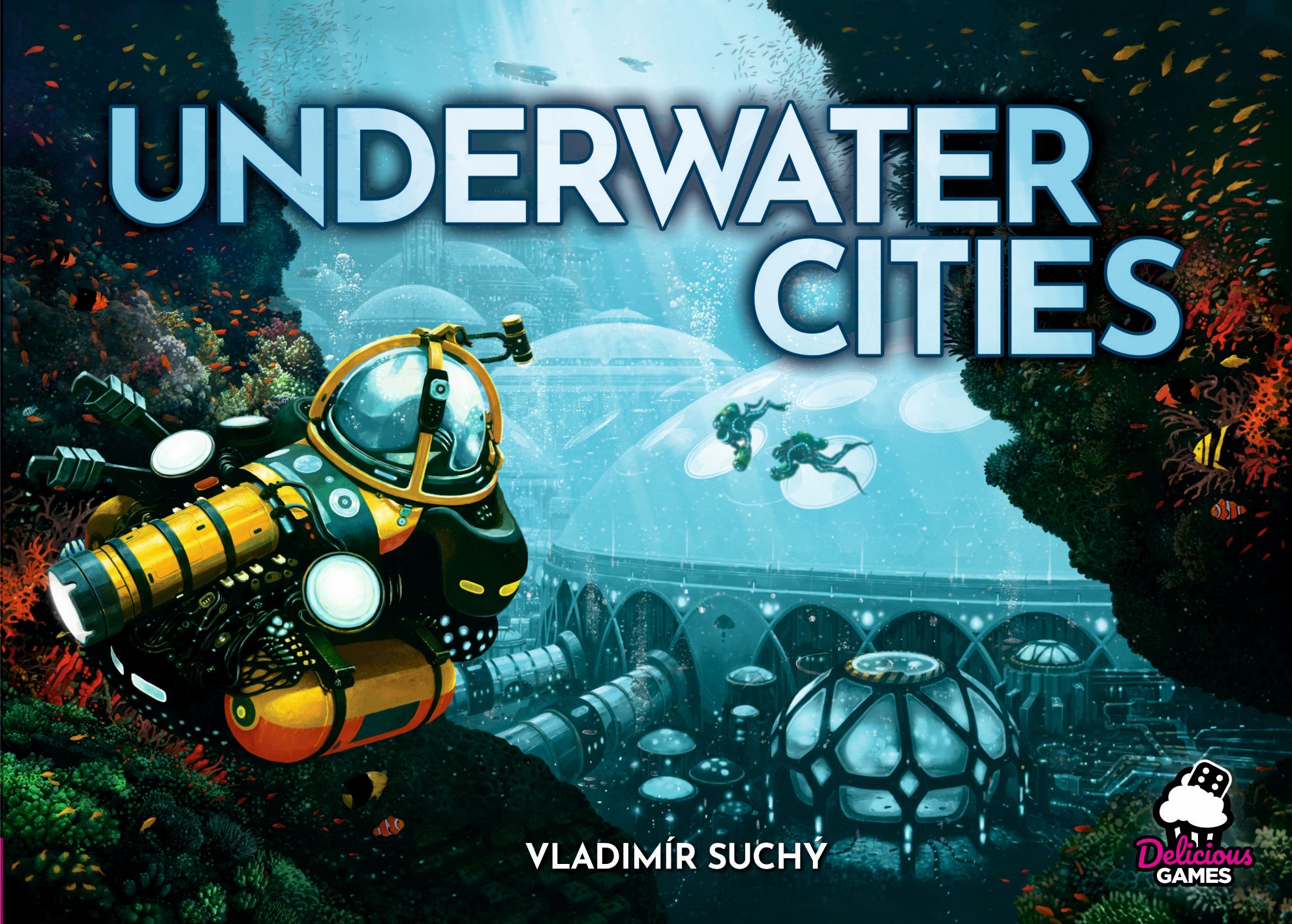 In Underwater Cities, which takes about 30-45 minutes per players, players represent the most powerful brains in the world, brains nominated due to the overpopulation of Earth to establish the best and most livable underwater areas possible. The main principle of the game is card placement. Three colored cards are placed along the edge of the main board into 3 x 5 slots, which are also colored. Ideally players can place cards into slots of the same color. Then they can take both actions and advantages: the action depicted in the slot on the main board and also the advantage of the card. Actions and advantages can allow players to intake raw materials; to build and upgrade city domes, tunnels and production buildings such as farms, desalination devices and laboratories in their personal underwater area; to move their marker on the initiative track (which is important for player order in the next turn); to activate the player's "A-cards"; and to collect cards, both special ones and basic ones that allow for better decision possibilities during gameplay. All of the nearly 220 cards — whether special or basic — are divided into four types according to the way and time of use. Underwater areas are planned to be double-sided, giving players many opportunities to achieve VPs and finally win.