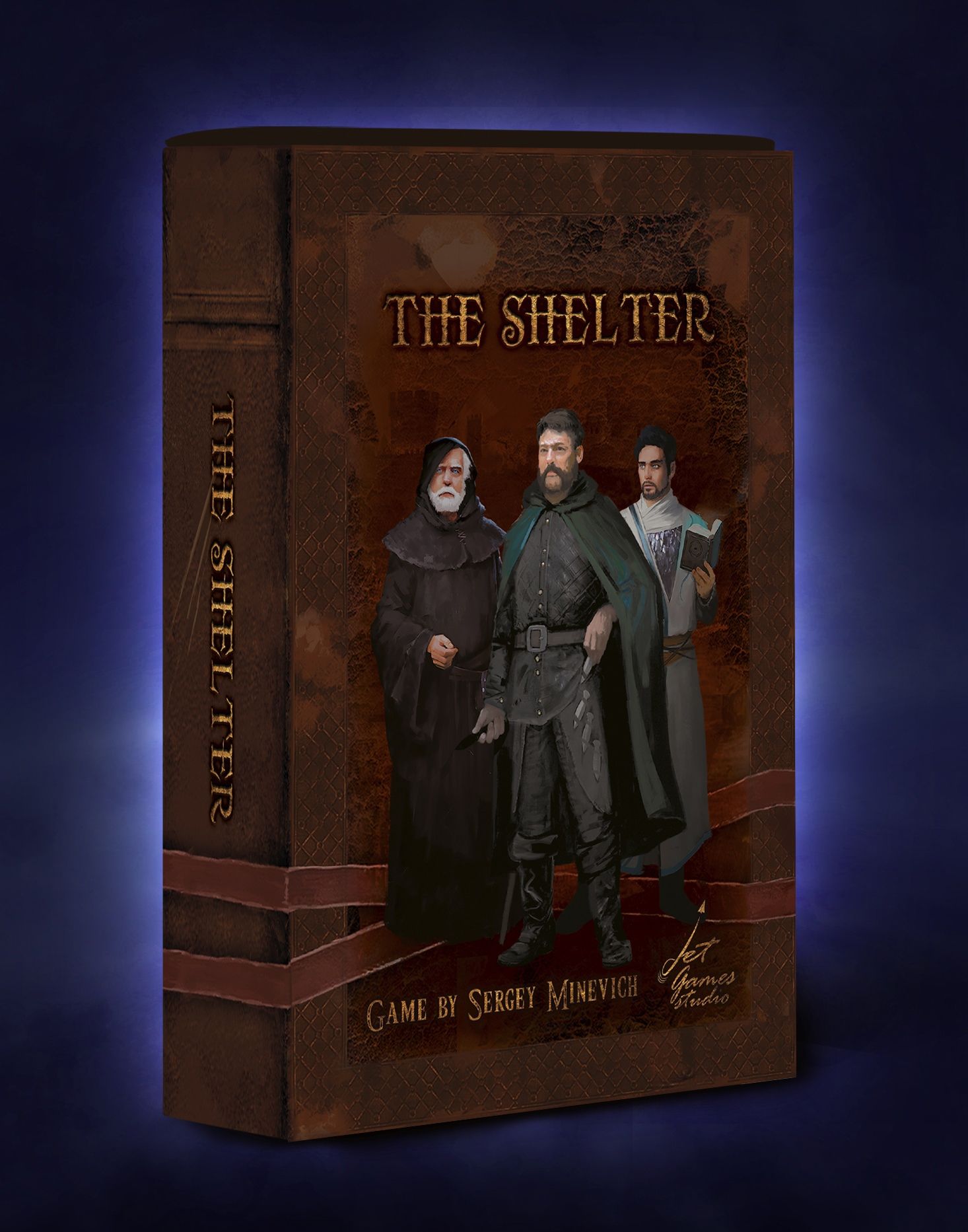 The Shelter is a separate, stand-alone scenario for Mortum. Medieval Detective. It is a game of deduction and adventures, which takes place in a grim world shaped in the image of medieval Europe, with its legends, superstitions and fears coming to life. Take on the roles of secret organization agents and investigate mysterious and thrilling events. In this stand-alone scenario you will end up in a sinister place marked by mysterious events. While unraveling its secrets, you will meet people of uneasy fate, none of which are faceless "observers". And some of your actions will determine their destiny. Only you and the choices you make decide how the events will unfold in the end. Tread carefully, and welcome to the Shelter! During each turn, a player chooses one of the cards available this turn. These cards can represent a Clue, a Location, Witness Interrogation, etc. Using the cards and Special Action, which were received during investigation, a player discovers what actually happened. We recommend to proceed to this scenario after you finished the core storyline of Mortum. Medieval Detective. However, you may also play this as a stand-alone scenario, without even having the core game and knowing its plot.