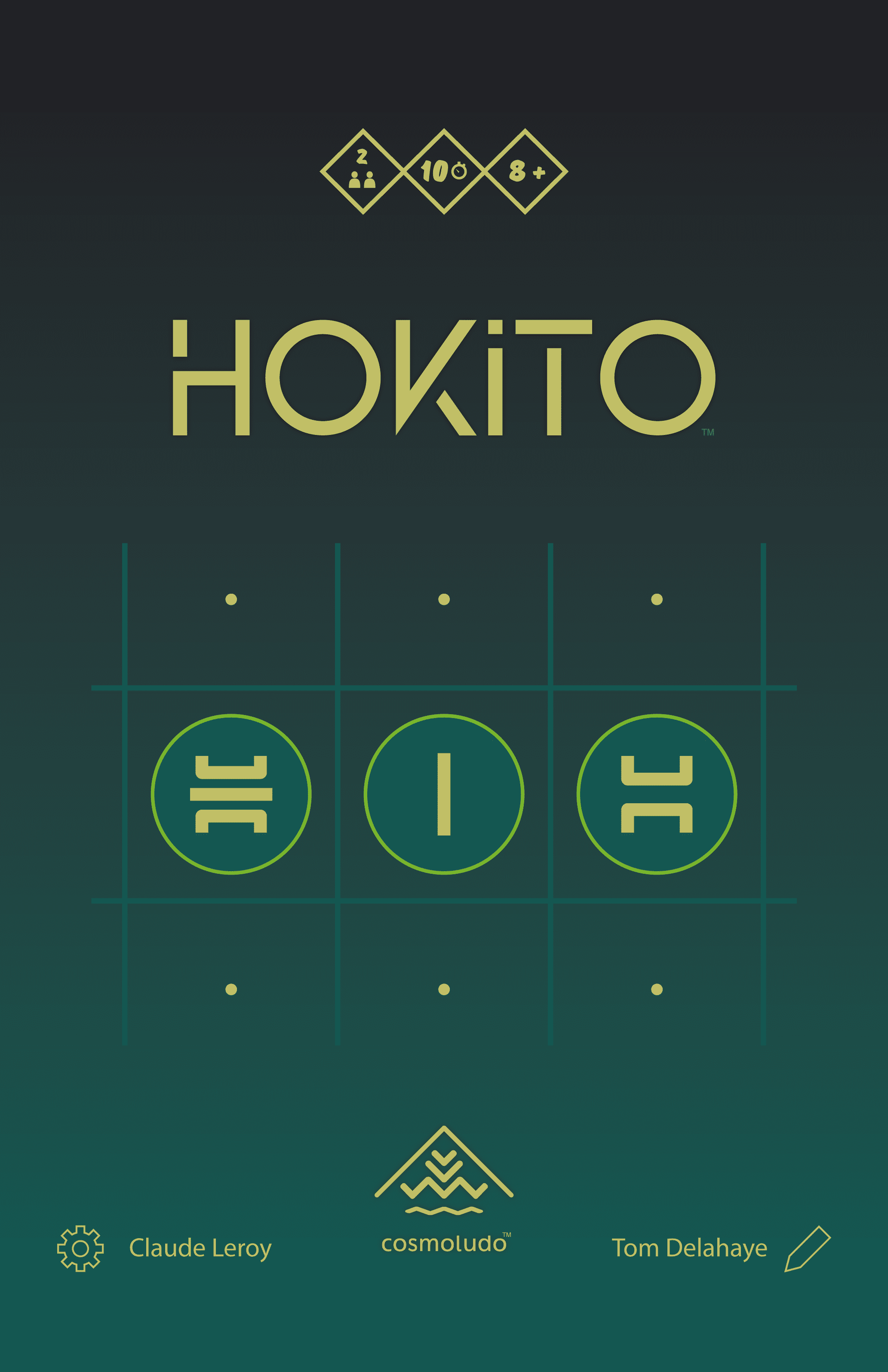 In Hokito, you want to dominate the opponent's pieces — and possibly your own! — to create valuable towers that will score for you at game's end. Each player has 18 pieces — six each with 1, 2, or 3 marks — with one player taking black pieces and the other white. Gameplay takes place on a 6x6 board, and to set up, you each spread your 18 pieces at random on your half of the board. The black player begins. On a turn, choose a piece or a stack of more than one piece that you control — and you control a piece/stack if your color is on top — then move that piece/stack so that it lands on a something of the same type, i.e., a single piece needs to land on a single piece and a stack on a stack. You move the piece/stack orthogonally 1-3 occupied spaces, with the number of moves matching the number of marks on the topmost piece. You can move the piece/stack at a 90º angle when crossing an occupied space, so a piece/stack that moves 2 can move orthogonally to the second occupied space (as long as it's occupied with a piece/stack) or it can make a single 90º turn as it passes over the first occupied space. As more spaces become empty, fewer movement options remain open to players, and as soon as any one player cannot move, the game ends. Each player then scores for the pieces and stacks they control. The value of a piece/stack is the number of marks on the topmost piece multiplied by the number of pieces in that stack, which means a piece on its own is worth only 1-3 points. Whoever has the higher score wins.