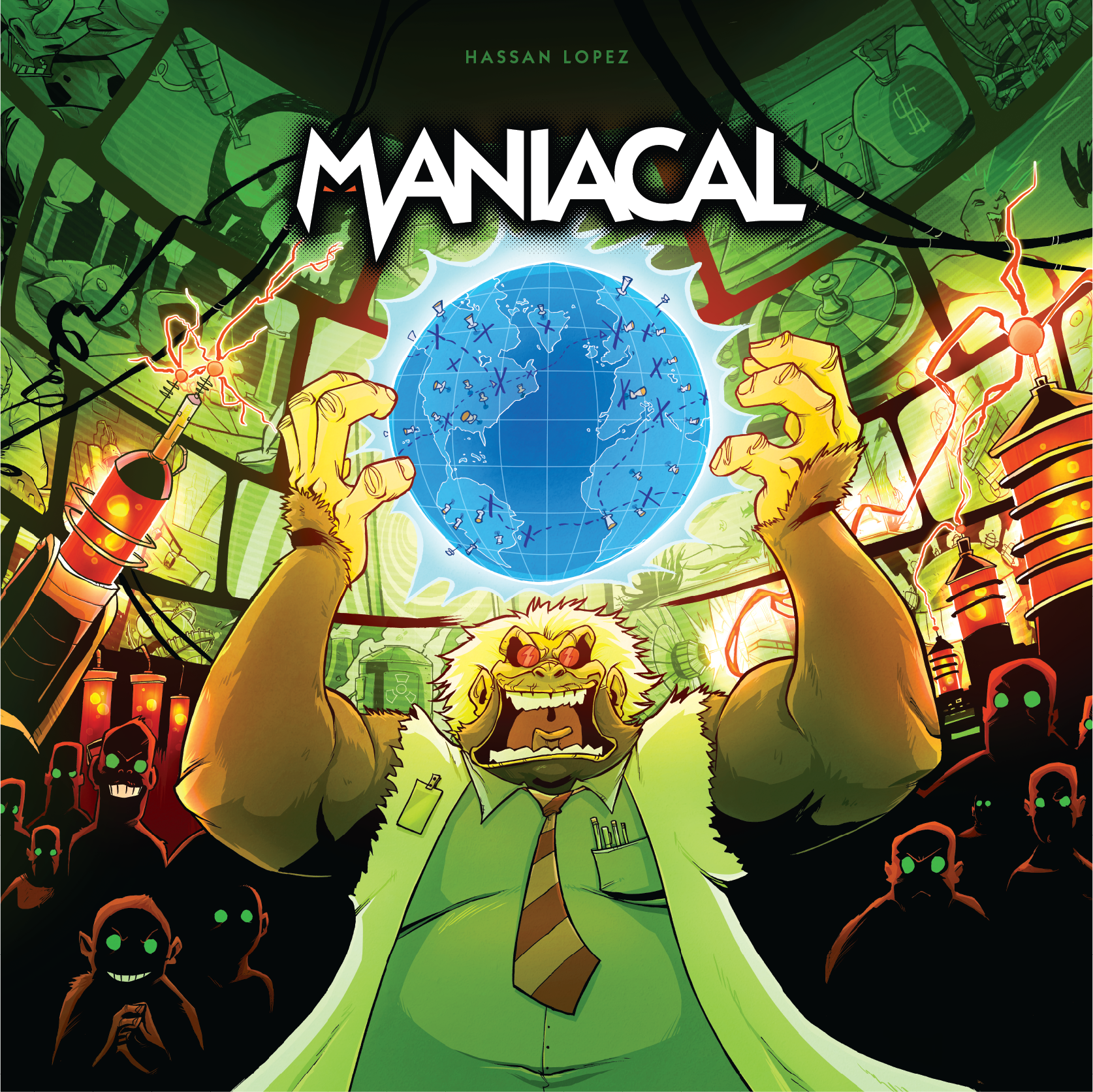 Maniacal (formerly known as Infamous) is a strategy game in which 2-5 aspiring supervillains compete to become the most infamous in the world. Choose from one of five villains, each with unique abilities and weaknesses. First, build a secret base by drafting from over seventy different rooms, such as a Robotics Lab, Massage Parlor, or Torture Chamber. These rooms will attract a motley assortment of henchmen to your lair: Beasts, Criminals, Scientists, and Mystics. Want more brainy Scientists around? Build rooms that appeal to them (a Planetarium? or perhaps an Intrinsic Field Chamber?). In this way, each player will construct a unique secret base and recruit a unique crew of henchmen. Then, assign your henchmen to evil contracts posted around the globe. Become a local warlord in Asia. Steal a nuclear warhead in Europe. Build a floating fortress of doom in South America! Time, however, is a critical resource. The farther away a contract is from your secret base, the more weeks you spend and the fewer contracts that you'll complete in a round. Succeed at contracts to earn infamy and money. Fail, and your henchman might get injured, captured, or serendipitously gain a superpower. Build your secret base, recruit henchmen, and complete as many missions as you can. Along the way, hire mercenaries, hatch schemes, and chastise your lackey. Do so, and the history books might remember you as the best of the worst!