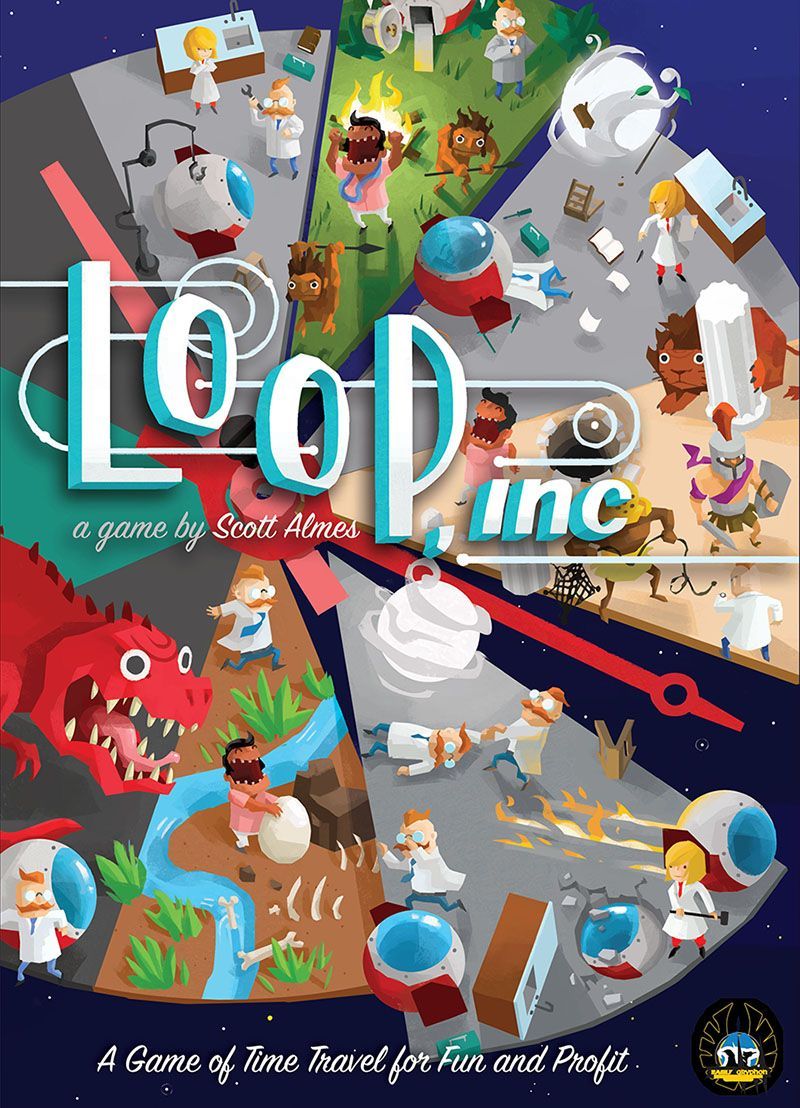 You and the other players work at Loop Incorporated, the most prestigious time travel agency in the world. Well, that’s not entirely true. It’s a mismanaged, third-tier agency owned by the slick Mr. Loop, who cares more about making a buck than making sure the delicate weave of the time-space continuum stays tight and safe. For you and your coworkers, it’s as good as job as any, and if you time things just right you may even get a nice bonus at the end of the day. And since you have a time machine, you can take multiple cracks at it… assuming things don’t get too chaotic with your past selves running around. Loop Inc. is played over the course of three days, with each day actually being the same day, but a different time through it. During the first day, players will get to perform three actions and send out their one time machine. Actions include gathering components, setting up advertising, and more. Then, at the end of the day, players jump into their time machines and return to the beginning to start the day over again. The catch is, when players go back in time to try the day again, their past selves are still running around. This means they’ll have to perform all the actions from the previous version of the day, as well as three new ones. They’ll also have an additional ship to launch. On the third try, things compound even further...making timing key. At the end of the third day, the player who completed the most profitable trips wins, provided they didn’t cause too many tears in the space time continuum.