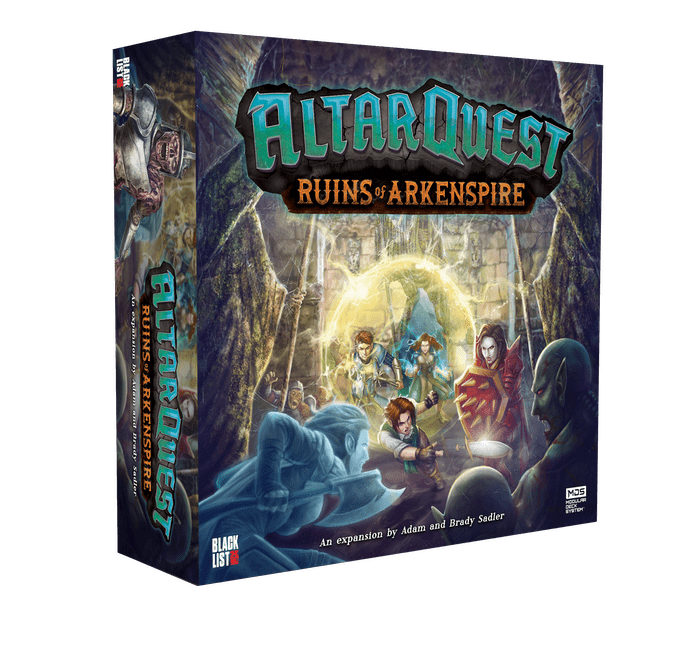 In the heart of Nethermoor is the broken tower of Arkenspire—a once-mighty tower built by the sole survivor of the Pheran empire, Szera the Doomchild. Szera’s history is inexorably tied to her fortress of Arkenspire. Vague written histories of Vaulsk have been deciphered by scholars to reveal that the earthquake (known by the Pheras as “the Welcoming”) was both prophesied and coordinated by a large faction of Phera necromancers led by the lich-born girl Szera. Despite the accepted Phera practice of worshipping death, the art of necromancy was new and rather taboo in Pheran society. Szera became a plague on Vaulsk, and was eventually banished along with her retinue. The young girl boldly accepted her exile, and went on to found her own kingdom in what would eventually become Aridika. However, Szera had left her stain on the Pheras, and her will continued even in her absence, to the eventual doom of Vaulsk. The Welcoming completely swallowed the capital city, and only the elder Phera who lived in the safety of the ziggurats survived. Thus, the greater Pheran empire fell, and its remnants held the lich queen Szera and her burgeoning empire of Aridika directly responsible. The elder Pheras formed a suicide army and crossed the Jaded Depths, determined to tear apart Szera’s tower fortress of Arkenspire, stone by stone. Guided by the elder’s burgeoning control of the hex magic believed to be released by the Welcoming, the Pheras brought war to Aridika, and gave their collective lives to break apart Arkenspire and its connection to the Arkenhold—the underworld spiritual prison that Szera sought to rule. With their dying breath, the Phera elders spoke the mysterious hexes given to them by the Welcoming and bound Szera’s supernatural energies to the very soil of Aridika. While the Doomchild lived, her physical existence was injected into the land itself. The Doomchild was cursed to wander her broken kingdom, seeking a way to break the spell that prevented her from merging the worlds of life and death. Eventually, the First Four Heroes of Eastony defeated Szera and bound her in the depths of her wicked ruined tower… there the Doomchild sleeps, but still schemes, determined to finish her work. The Ruins of Arkenspire expansion takes heroes to the accursed tower that was once the Doomchild Szera’s seat of power in Aridika. In the heart of Aridika, the entire region of Nethermoor is completely under the control of the Profaned—a legion of undead abominations that serve their necromantic overlords. As the Profaned begin threatening the provinces surrounding Nethermoor, valiant heroes are needed to push back the undead assault! Unfortunately, there are worse things lurking around Arkenspire than just the living dead. But the heroes will have to discover those mysteries as they unlock the secrets of the story deck included in Ruins of Arkenspire. —description from the publisher