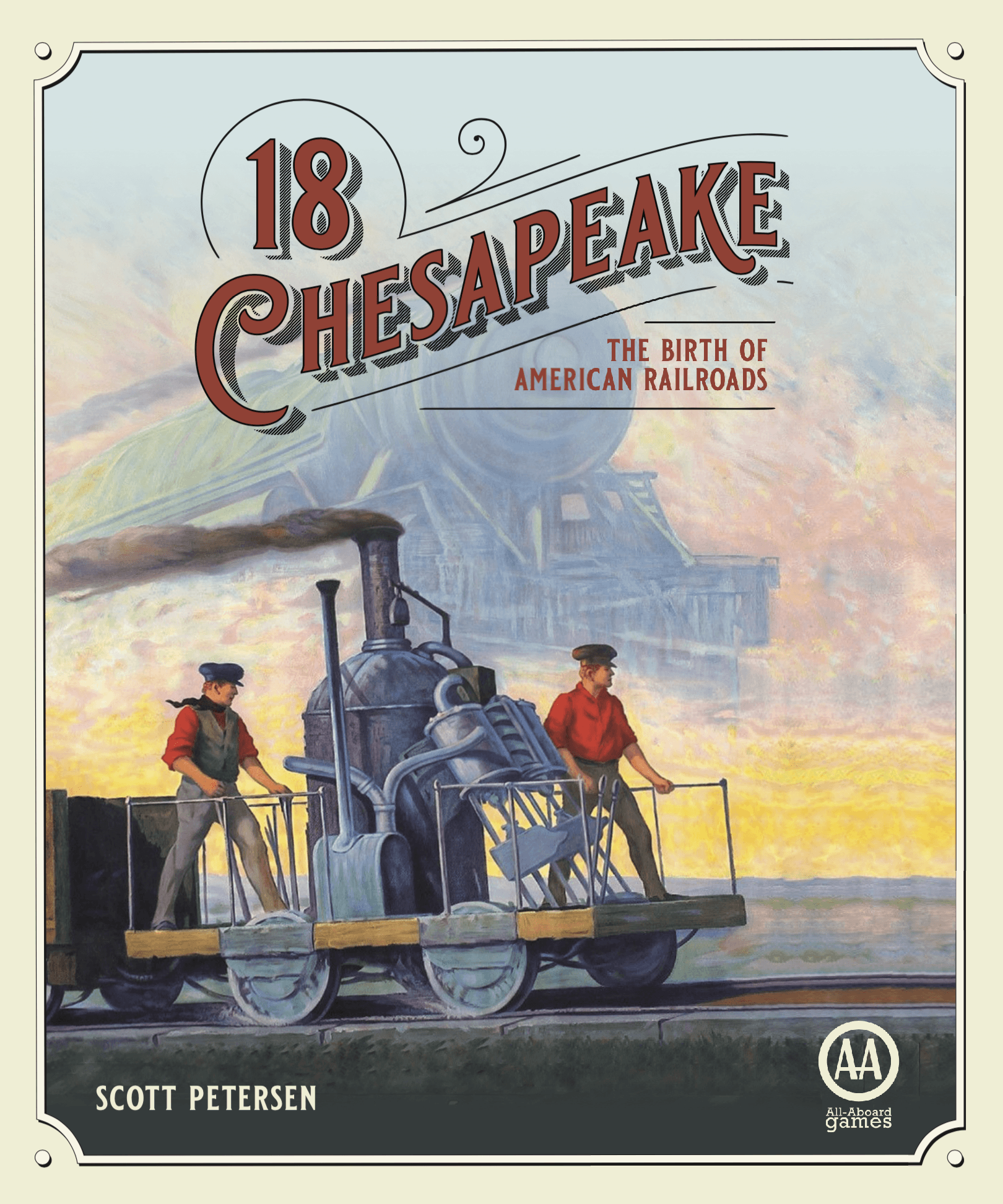 18Chesapeake is a member of the 18xx series of games. The series is based on 1829, by Francis Tresham. 18Chesapeake is set in the Chesapeake region of the United States and west to Ohio and the West Virginia Coalfields. Two to six players represent investors in railroad companies, spending their initial capital to buy wholly owned private companies and minor companies and later shares in public companies. The public companies are each controlled by the largest shareholder (its president). Public companies build track and run trains in order to earn revenues. Public company revenues can be paid out as dividends to shareholders or retained to fund further track and rolling stock. A feature of 18Chesapeake, as with all the other games in the series, is that the interests of a public company’s president and the interests of its shareholders are not identical, so minority shareholders need to be careful in their investments. 18CC is a moderate length game. Experienced, brisk players can expect to take about 2-1/2 hours to complete a game. Novices or more deliberate players might add an hour to that time. -description from designer