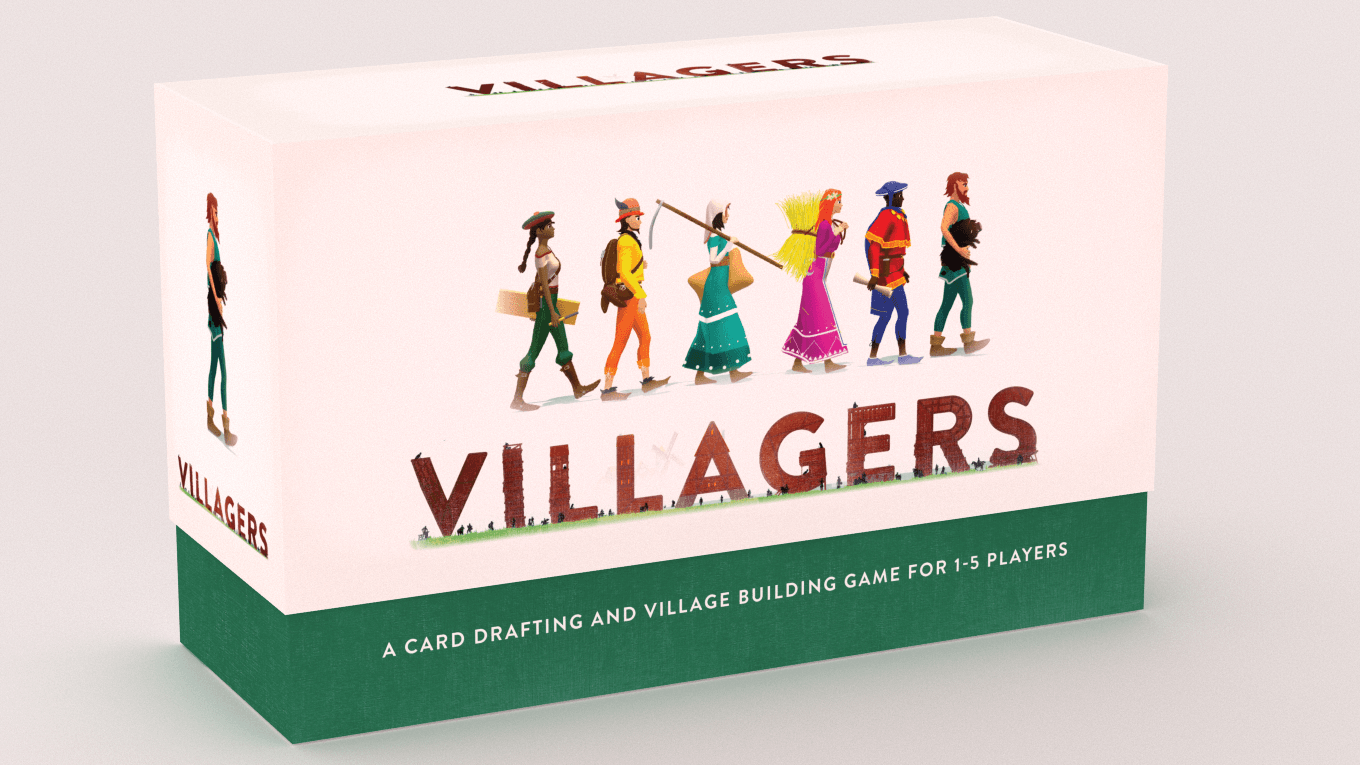 Villagers is an engine building and card drafting game for one to six players, set in a faraway land not unlike medieval Europe. The Black Death has taken a heavy toll, and the survivors, people from all walks of life, now look to the future and gather together to build new communities. Each player is in charge of populating a new village, with the aim of becoming the most prosperous. The game revolves around a central "road" of cards. In the draw phase, players take a number of villager cards into their hand from the road, equal to the amount of food their village produces. This is followed by a build phase in which cards can be played from a players' hand into their village. Cards are played in stacks, starting with basic resource producing cards such as the Lumberjack, Miner, or Hayer, who can each support two stacks of related industries. These businesses generate income which is converted to coins each time there is a market day. At the end of the third market day, scores are totalled and the winner decided. Special villager cards allow for crafty strategic play, and certain villagers produce tools and equipment that others need, allowing you to profit from what your opponents build. The game comes with a solo mode where a lone village strives to prosper in spite of the dreaded Countess and her evil machinations. —description from the publisher