The March of Progress on Tokameroke's Gaming Group 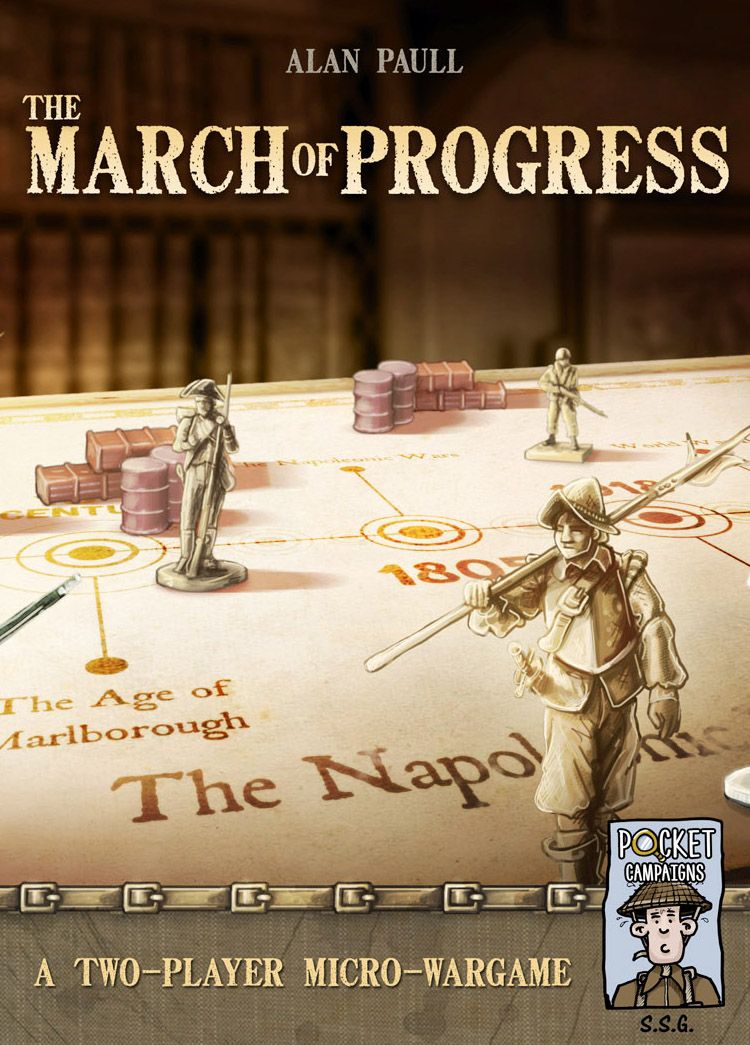 "War is merely the continuation of policy by other means." —Carl von Clausewitz, On War, published 1832 Your goal in The March of Progress is to control countries through the playing of action cards so that you generate victory points (VPs) during scoring. Whoever has the most VPs at the end of the game wins. In the game, each side has a hand of eight action cards, ranging from Move to Attack to Recruit. Each player simultaneously chooses one card to play each turn, then reveals and carries out the action. Cards stay discarded until a player plays their score card after which they regain all played cards. The March of Progress includes an introductory scenario based on The Thirty Years War to set out the core rules of the game. The game includes four additional historical scenarios: The Age of Marlborough, Vive l’Empereur, World War 1 in the West, and World War 2 in the West. Each scenario changes the set-up and tweaks the rules to give a flavor of strategy in different time periods. The scenarios create a varied and challenging two-player game. —description from designer