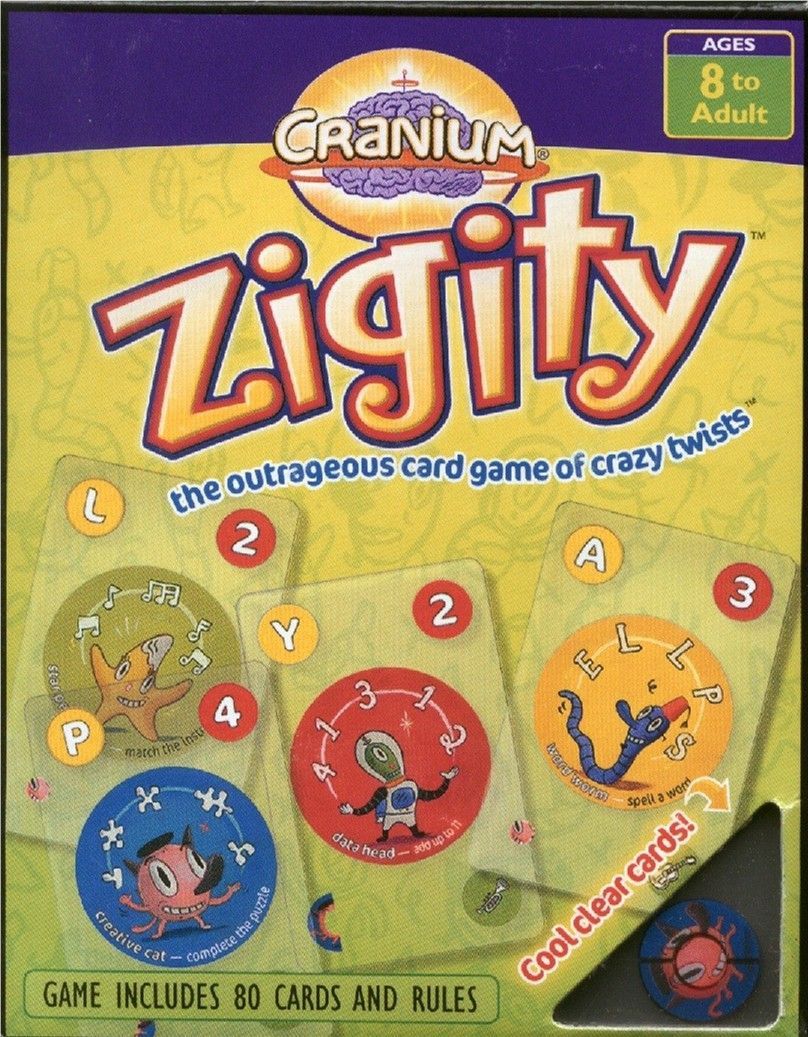 Each card is representing a color. yellow: spell a word, red: count to eleven, blue: puzzle and green: collection of instruments. In the corners of each card all the colors are present. There are two kinds of action cards. Cards that let a player draw cards and card that avoid drawing cards. Each player receives seven cards. The other cards are placed face down in the middle of the table. The first player turns a card from the deck in the middle of the table. The color of the card defines what to do. If a yellow card shows up, the player can use as many cards as he wants to spell a word using the letters in the yellow corner of the cards in his hands. If a red card shows up, the player has to count the numbers in the red corner of the card to make exactly 11. When a blue card shows up, the player has to make a puzzle using the circles in blue corner. And when a green card shows up, the player may play all cards in his hand with the same instrument. If a player can't play any card, he/she can play an action card or draw a card. The player who discarded(plays) all of his/her cards first wins the game. Comes with a collectible tin and clear plastic cards. This game is/was a Starbucks exclusive game. It was also sold at select Barnes and Noble stores that also had a Starbucks coffee shop.