Rome: City of Marble on Family 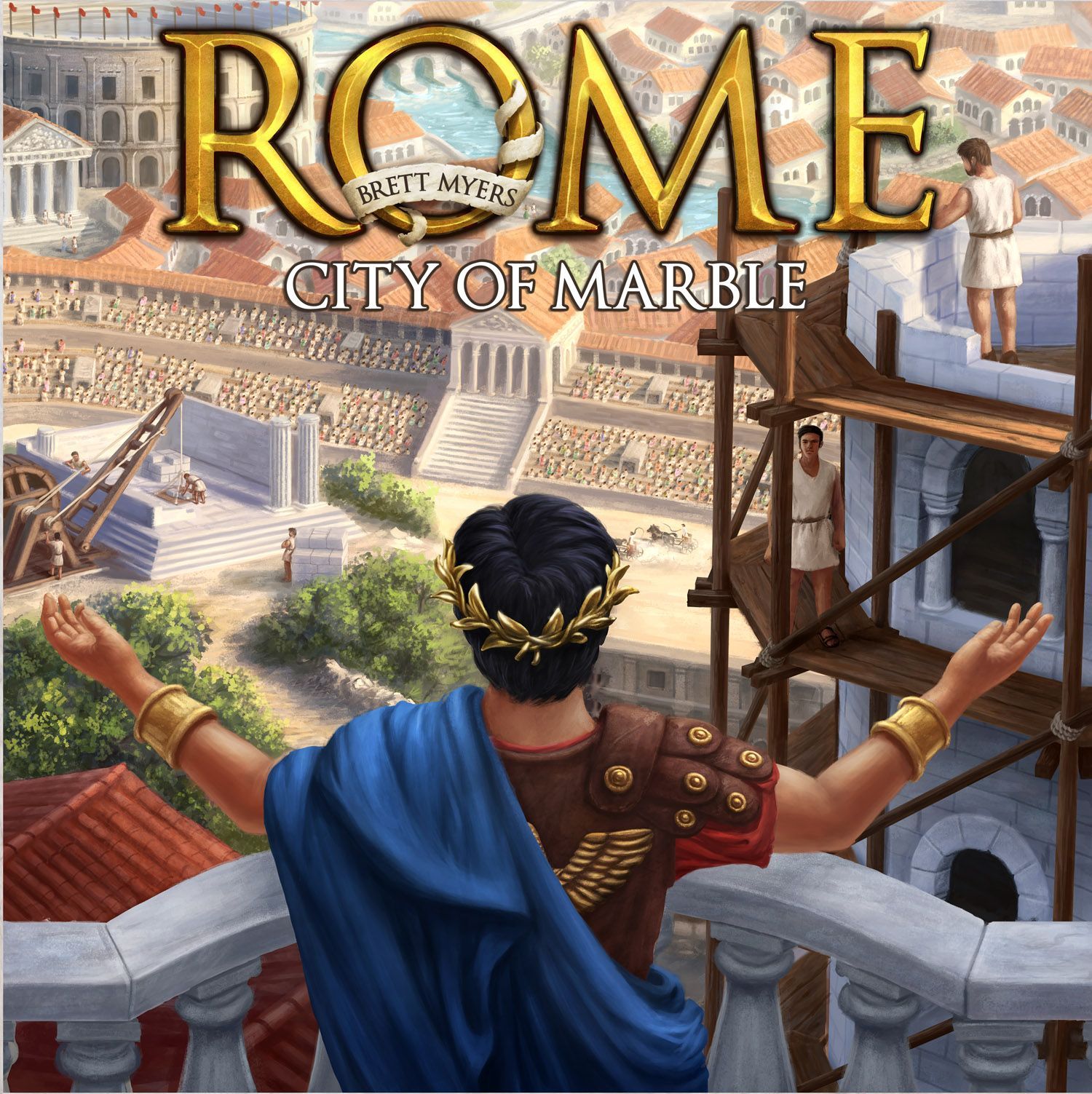 Description from the publisher: Rome: City of Marble is a Euro-style tile-laying game set in Ancient Rome during the reign of Augustus Caesar in which players are powerful Patrician families competing to secure the prestigious title of Architect of Rome. As leading citizens in this great city, they influence and direct the construction of an ever-expanding metropolis through shrewd development of neighborhoods by constructing civic buildings, temples for worship, baths for health and camaraderie, theaters for philosophy and the arts, and arenas for entertainment. Build more and gain Imperium, the measure of real power in Roman society. As Civic buildings are constructed, influential players score points representing their success. Players score extra points for building Bridges, Aqueducts, Fountains and their wealth, with bonus points awarded for Imperium. Veni, vidi, vici!