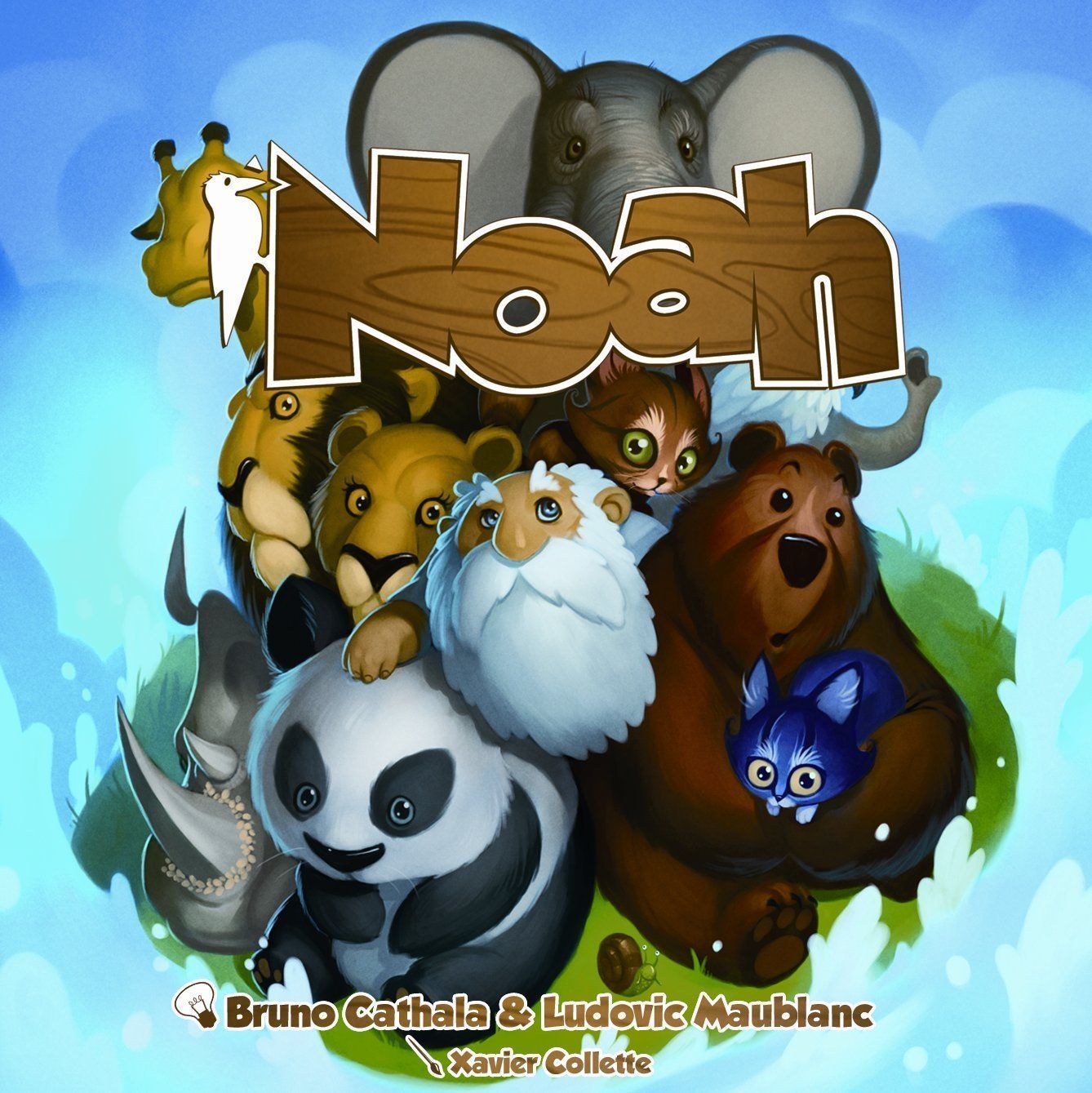 In Noah (Noé in the French original) the flood is at hand, and to save as many species as possible, Noah will need your help – with only the most deserving of players being saved from the waters! Each round, players start with eight animal cards in hand; five ferries are laid out in a circle, with one animal placed on board from the top of the deck. Noah himself stands on one ferry. On a turn, a player plays one card from hand onto the ferry where Noah is located, following two rules: (1) the total weight of all animals on board cannot exceed 21 and (2) animals on a ferry must be placed either in alternating gender order or must be all of the same gender. After placing an animal, the player moves Noah to a different ferry; if he played a female animal, Noah goes to either adjacent ferry, while if he played a male, Noah goes to either ferry on the other side of the circle. If a player can't legally play an animal, he must first take in hand all the animals on the ferry where Noah is located, then play an animal. In addition to moving Noah to a nearly full ferry, players have two other ways to benefit themselves or mess with other players. If a player plays an animal of the same species as the one last played on that ferry (regardless of gender), he moves Noah, then takes another turn. If a player brings the weight of a ferry to exactly 21, that ferry launches from shore to meet the ark located in distant waters, a new ferry becomes available for loading, and the player distributes 1–4 cards from his hand among his opponents. finally, some cards have special animals, such as the giraffe that lets you peek at an opponent's hand and the woodpecker, which stupidly pokes holes in the ferry and reduces its maximum weight to 13. Bad woodpecker, bad! The round ends when a player runs out of cards in hand or a fourth ferry launches. Players receive penalty points for cards still in hand, scored according to the number of tears on each card, those tears representing Noah's sadness at the animal being left behind. Then players shuffle all the animal cards and begin a new round. The player with the fewest points after three rounds wins!