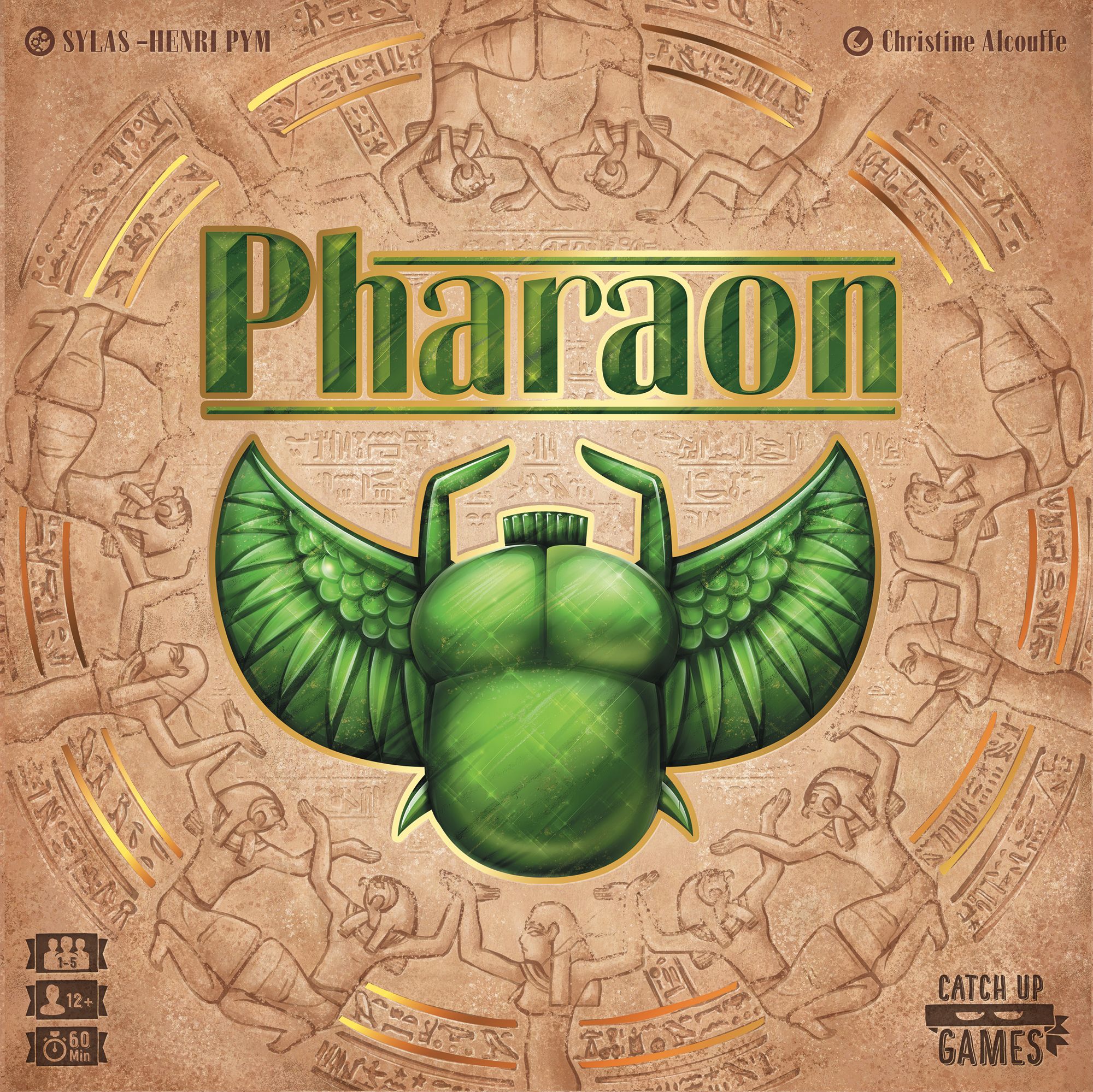 You are one of Pharaoh’s children. Like your brothers and sisters, you will spend a huge part of your life preparing for your journey towards the Afterlife. Getting the support of loyal nobles and talented artisans, building a magnificent burial chamber, making offerings to the Gods… here are the main tasks set for you. But the gods are looking at you and you will have to do your best in order to satisfy their demands. Each of your actions will be judged during the weighing of your heart. Pharaon is a game mixing resource management and worker placement into a single mechanism, thanks to its Wheel of Actions. It is located at the center of the gameboard, surrounded by 5 areas, representing the 5 actions featured in the game. Each round, the Wheel indicates which resource has to be spent for accessing the matching action. As the wheel rotates from one segment by the end of each of the 5 rounds, this access cost to actions fluctuates throughout the game. As a consequence, players have to plan their actions, anticipating which resources they may need for the next round. But there are a limited amount of available spots on the wheel, forcing you to watch your opponents, which resources they have, and what they may intend. How to play ? A game of Pharaon is played in 5 rounds, during which the players take turns one after the other, until everyone has passed. On their turn, a player performs one of the 5 actions on the board. The actions can provide Prestige Points (PP), determining who wins at the end of the game, but they can also help getting new resources for further turns. To be allowed to perform an action, the player has to pay its Access cost, by spending the resource indicated by the Wheel of Actions for the area in which they want to act. They then pay the Action Cost by spending the corresponding resources. The resource spent on the Wheel to access this area gets deducted from the Action Cost, if it can match. So, it is useful to anticipate the rotation of the Wheel for taking the actions at their best cost. But there is a limit on how many times an action can be performed, and your opponents may need the same as you. Moreover, the game will be closely watched by the Gods. You will have to fulfill as many of their demands as possible to get their support and some extra PP. —description from the publisher