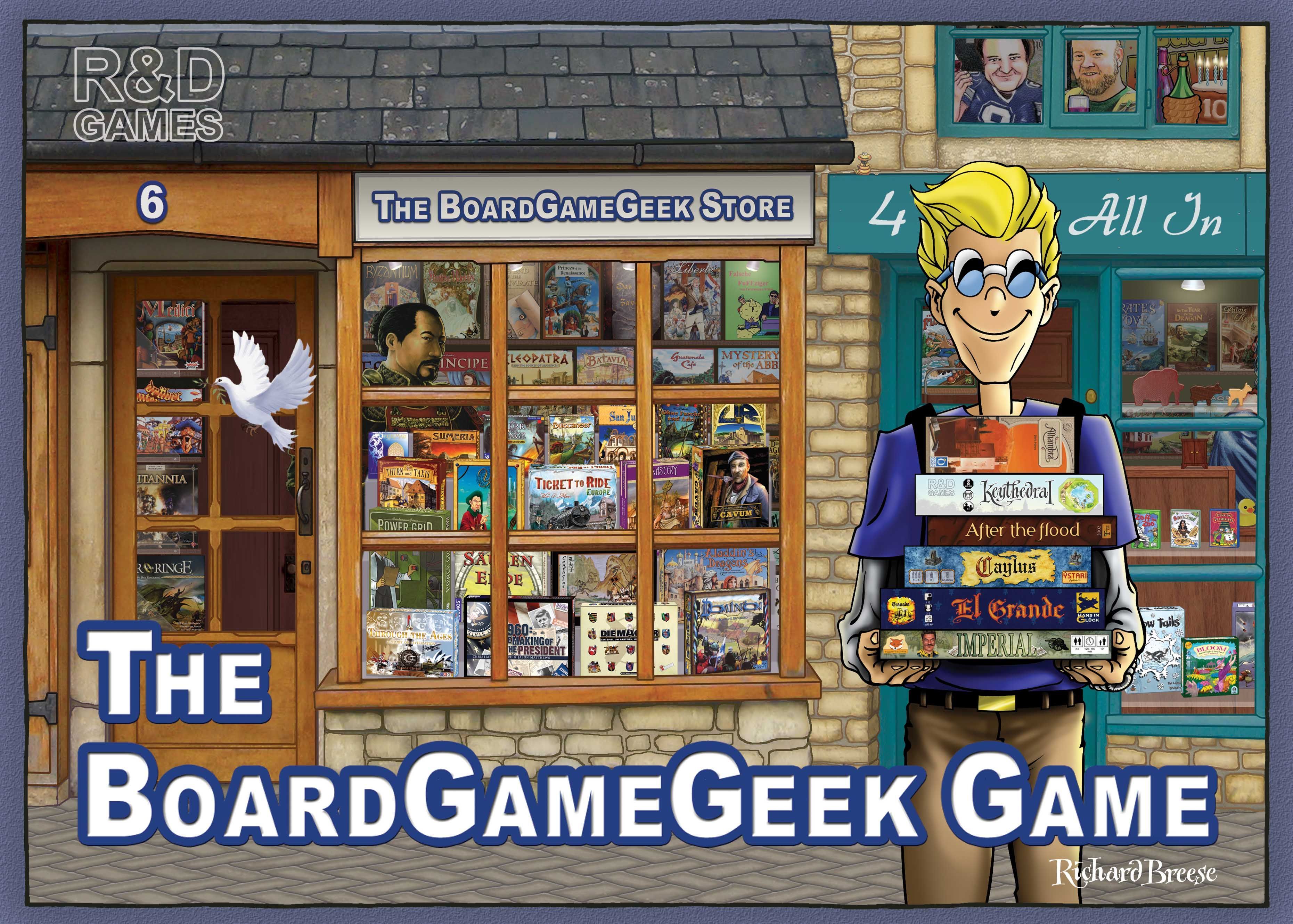 The BoardGameGeek Game (TBGGG) was published to celebrate the tenth anniversary of the BoardGameGeek website, the gaming community’s most indispensable database! Ernie (the famous BoardGameGeek mascot) has gone on holiday to meet his English cousins and fellow geeks in the quaint Cotswold town of Boardway. In TBGGG players take on two roles: Firstly, players represent one of the six game publishers: Eggertspiele, Hans im Glück, Queen, R&D, Treefrog or Ystari, supplying their company’s games to the games shops of Boardway. Geek Gold (GG) is earned for each game they sell. Secondly, each player has a team of three ‘dicey’ geeks who are trying to collect sets of games to meet their gaming group’s requirements. At the end of the game GG is awarded to record the player’s success in acquiring these games. The player accumulating the most GG is the winner. TBGGG is a fast paced, tactical, fun game for 3 to 6 players (with ‘geeky English start player’ option), which takes around 60 to 75 minutes to play.