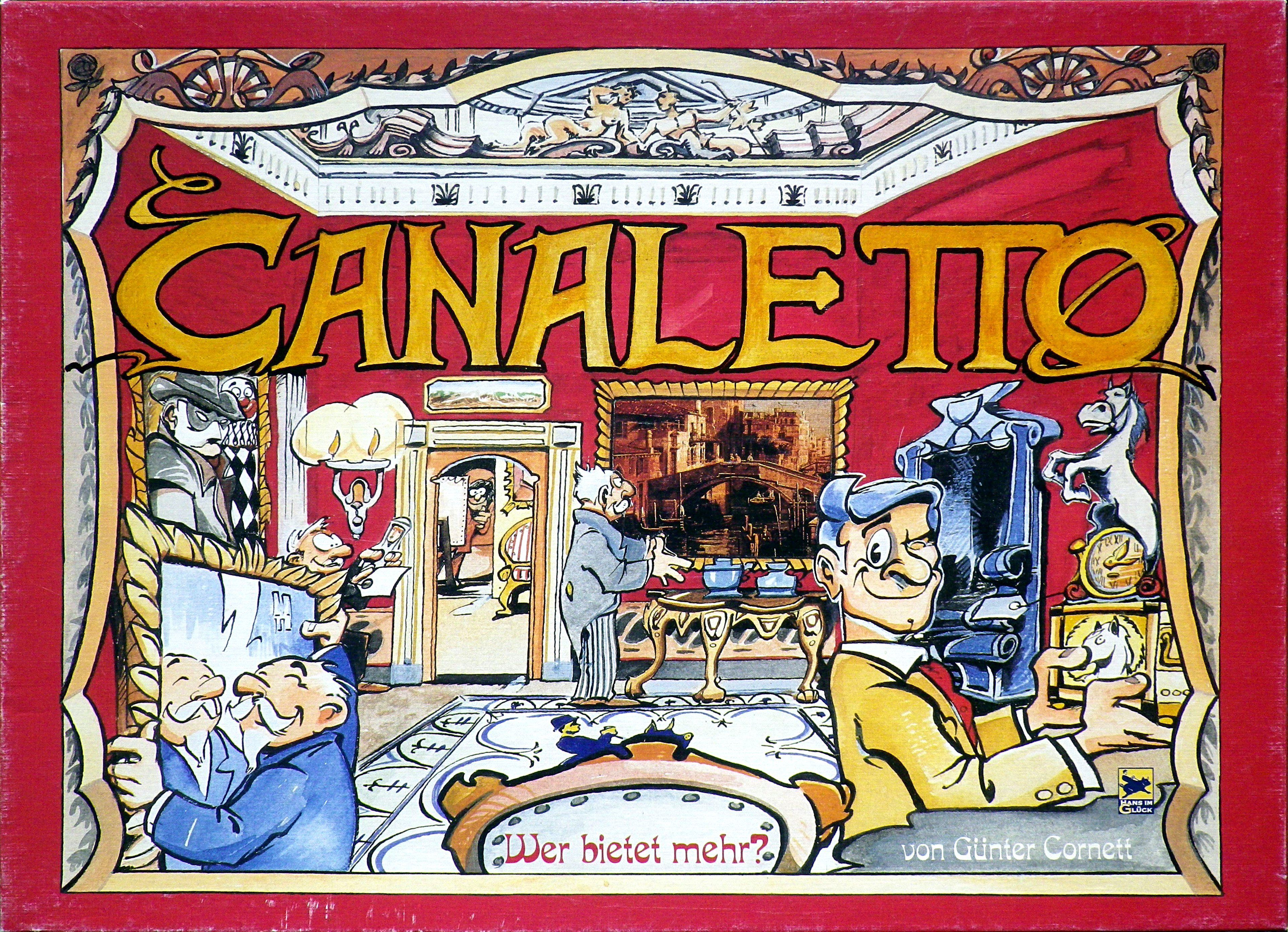 An open auction game, players bid for the heirlooms in Venetian palaces, which then get sold on as groups are completed. A circuit of palaces is seeded with the items, and a marker shows which palace is being auctioned. As players bid, they move a gondola along the circuit, which points which the next auction will be when this one is resolved. Players start with 30 points on the scoring track, and there's a marker to allow debt on the same track. Debt costs double at the game end. There's also a marker to allow you to bribe the auctioneer and take a lot for no cost. A series price tiles show the potential value of the next completed lot. So you might get to sell your pictures for 16 each, but you might be forced to sell when the price is only 4 each. The game is totally open, and you can do the maths to work out the potential benefits to each player, but the game remains fun and quick. Tying the next auction to the current price is a clever idea too, and it can be worth bidding a bit more to control where the next auction will be. Long out of print, Canaletto stands up well with auction games like Medici. This later saw incarnations in 1996 as Le Jardin and 2000 as Der Garten des SonnenkÃ¶nigs.