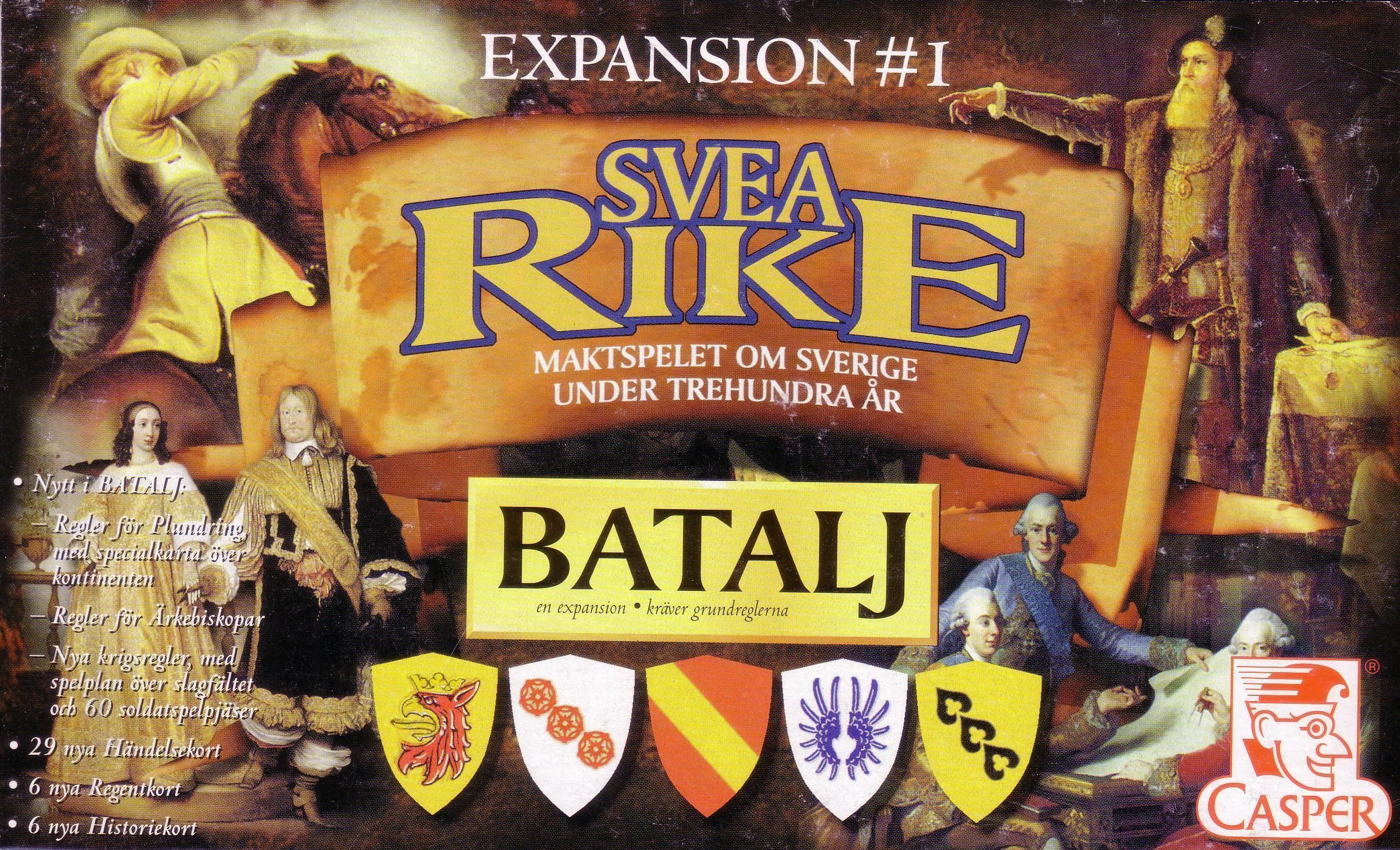 An expansion for the game Svea Rike. Box lid lists additions as: Rules for looting with map over central Europe; rules for arch-bishops; new rules of warfare with an extra board for the battlefield and sixty soldier pieces. Also 29 event cards, 6 regent cards and six history cards. The extra cards are mostly concerned with adding things for the new games, and the rest are copies of present cards to increase their count. The additions are separate and can be added one by one or all at once depending upon which ones are preferred. I like the basic ideas, but the additions seem artificially tagged onto a good game. Looting and warfare will slow down the game significantly and warfare might protect the leader as well, while looting is all about luck. Archbishophood is just a way to pass some money around and is handled quite randomly as well.