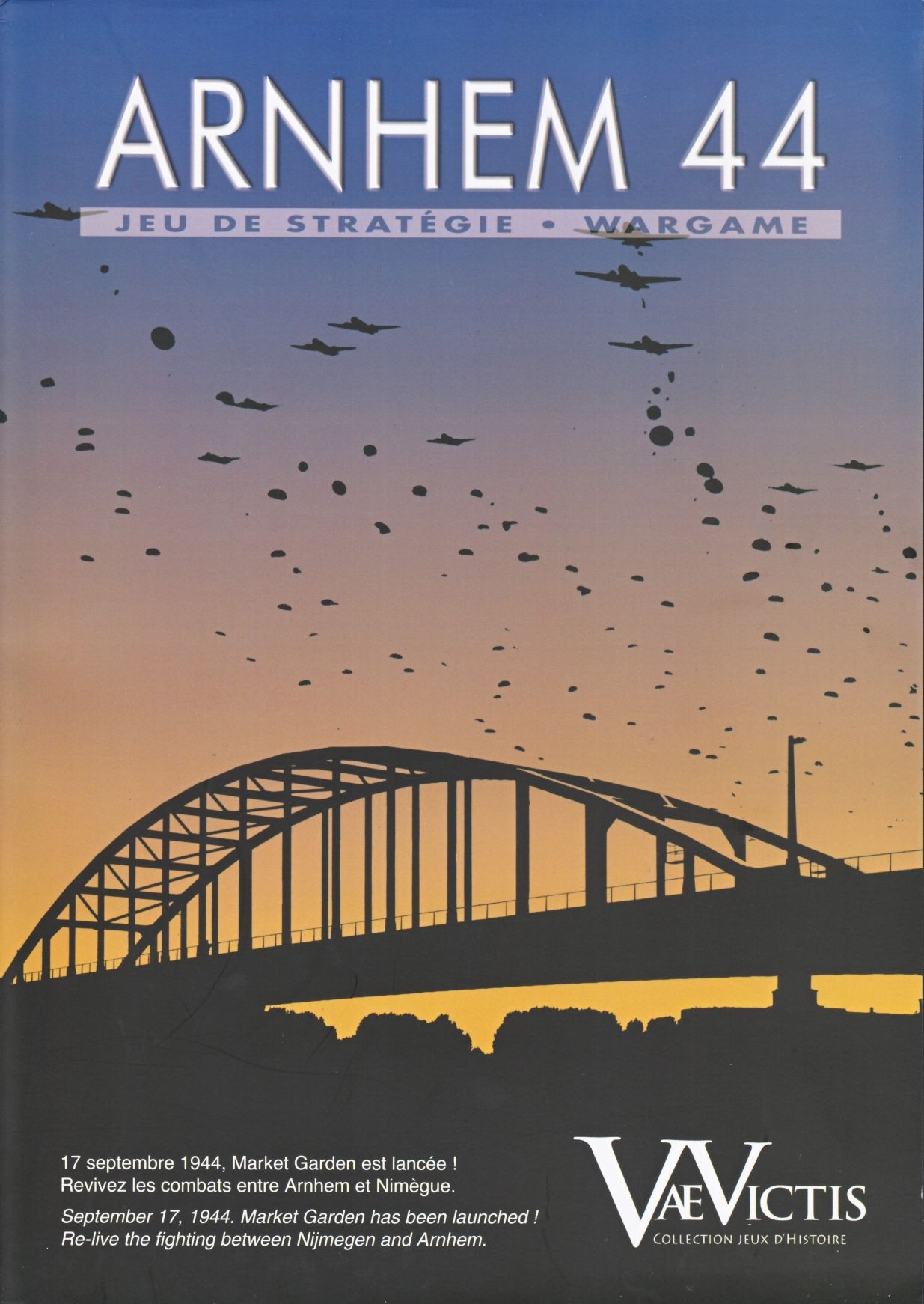 (from Vae Victis website and user description:) September 17, 1944. The first parachutists drop on to Nijmegan and Arnhem! Operation Market Garden has been launched in the hope of smashing a defeated enemy and ending the war before Christmas. However, the Germans still have some fight in them and, unfortunately for the Allies, they have the means: two SS Divisions, the Frundsberg and the Hohenstaufen, are in the sector. In a few hours, these men halt the Allied advance with the help of all that the Wehrmacht has left in the Netherlands. Vae Victis wants you to re-live the fighting between Nijmegan and Arnhem which saw German troops in Holland take on the parachutists of the British First Airborne and American 82nd Airborne divisions, as well as the forces of the XXX British Corps. This game covers the Arnhem campaign at the batallion level. Units are activated by formation. First (magazine) edition: Arnhem 44 includes: an A2 format map, 136 counters to be mounted. Second edition: Arnhem 1944 is a new edition of the game that was featured in Vae Victis 13 with re-worked map and counters, a completely revised German order of battle, and the latest version of the rules from VV's Second World War series (Ardennes 44, Alsace 44, Korsun 44, and Targu Frumas 44). Arnhem 44 includes: a 60 x 42 cm map, 216 double-sided pre-cut counters, and a color rulebook and player aid. Available in French as well as English.