Wings of War: Watch Your Back! - Universal Statistics 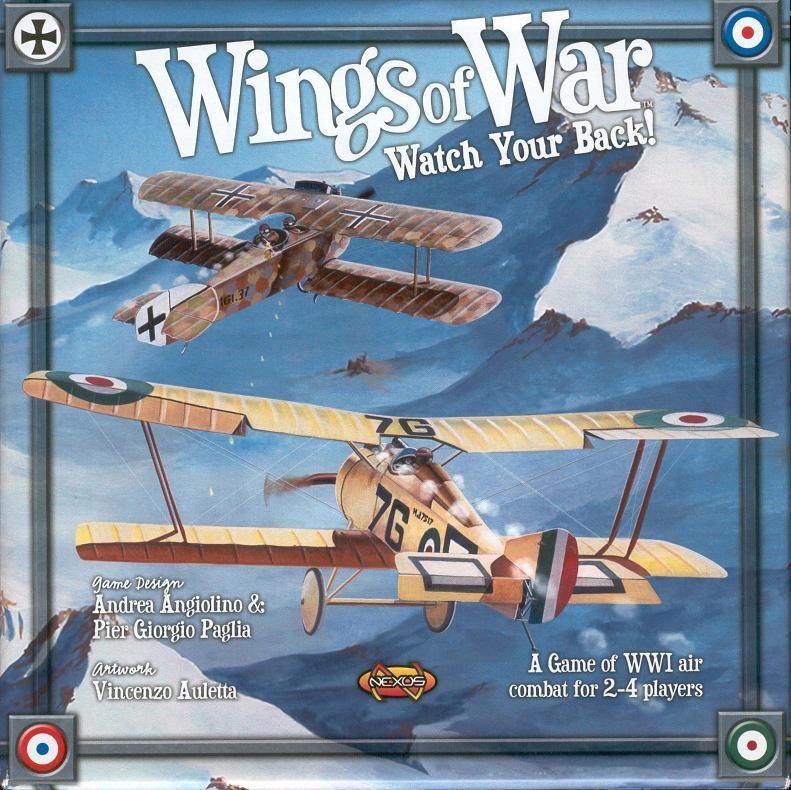 Wings of War: Watch Your Back! is the second title in the WoW line and is again set in World War I. The game can be played by itself or mixed with Wings of War: Famous Aces for larger scenarios. It includes 5 models of planes: the Nieuport 11, Hanriot HD.1 and Halberstadt D.III fighters, together with the British/American DH4 and the Austrian Ufag C.I two-seaters. There are also 4 decks of movement cards, 1 deck of combat cards, rulers, counters and a promo card for the first set depicting an American SPAD XIII. The rulebook is the same as Wings of War: Famous Aces and it lists scenarios for each of the two boxes, plus a couple for players who own both of them. 18 airplane cards are for immediate use. A curious plane, useful for more variated scenarios, is the Nieuport 11 of the German Jasta 1, flown in action by Leutnant Gustav Leffers. In the box there are also a few weapon variants for owners of "Famous aces": Scaroni's and Fucini's HD.1 with twin machineguns instead of the single one that was the standard from the factory; a British DH4 with a twin machinegun in the rear arc; a DH4 of the American Expeditionary Force with twin machineguns both on the forward and on the rear arc.