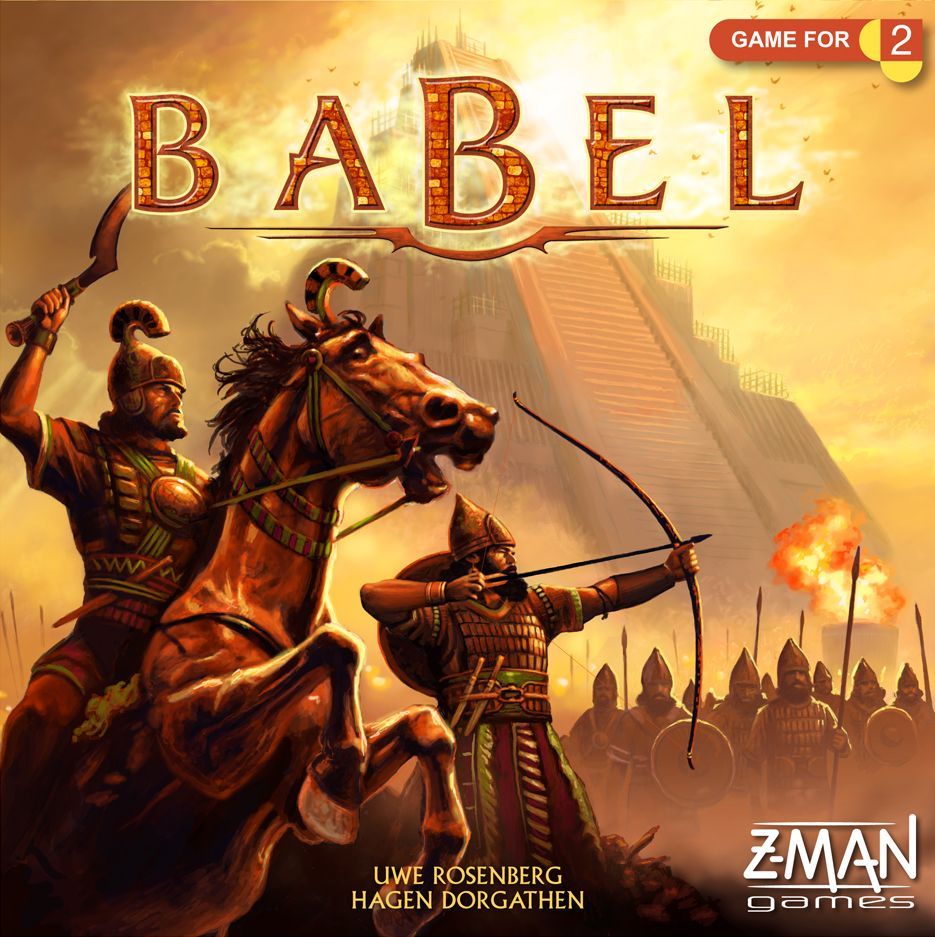 In Babel, each player makes use of members of various tribes of the ancient world to build temples, exploit (or exterminate) their opponent's work force, destroy or steal their opponent's temples and otherwise do whatever it takes to build the tallest temples to win the game. The game plays out on a small game board representing regions of 5 ancient civilizations, Medes, Sumerians, Hittites, Persians, and Assyrians. Each player will be dealt a hand of cards (consisting of 5 types corresponding to the above tribes). Players themselves are represented by stone figures. Temple cards will be made available at the side of the board for building throughout the game. On his or her turn, a player may discard a card to move to the corresponding region, place a card on the region they are currently located, build a temple by having tribesmen equal to the number or level on the temple card AND having built the previous (lower) temple level, move tribesmen from one region to another, or perform a skill action unique to each tribe. Players may perform any and all actions available to them, being able to perform most actions as many times as they wish and saving any number of unplayed cards for subsequent turns. A big component of this game is placing your tribe cards in sets. Skills can only be used if a set of three (or more) cards is at the same location as the player marker. By discarding one of the cards of a set, the skill may be used. No matter the tribe, performing this action can force the opponent to discard half their hand. Other skills, such as robbing a temple from an opponent, skipping a level on a temple build, destroy an opposing temple, etc. are specific to the tribe activated. Game play progresses until one of two conditions is met: if a player builds 15 points (or levels) of temples before the opposing player builds at least 10 points, that player wins. If the opponent [i]does have[/i] more than 10 points, the game continues until one player reaches 20 points (in which case he or she wins) OR one player subsequently drops below 10 (in which case he or she loses).