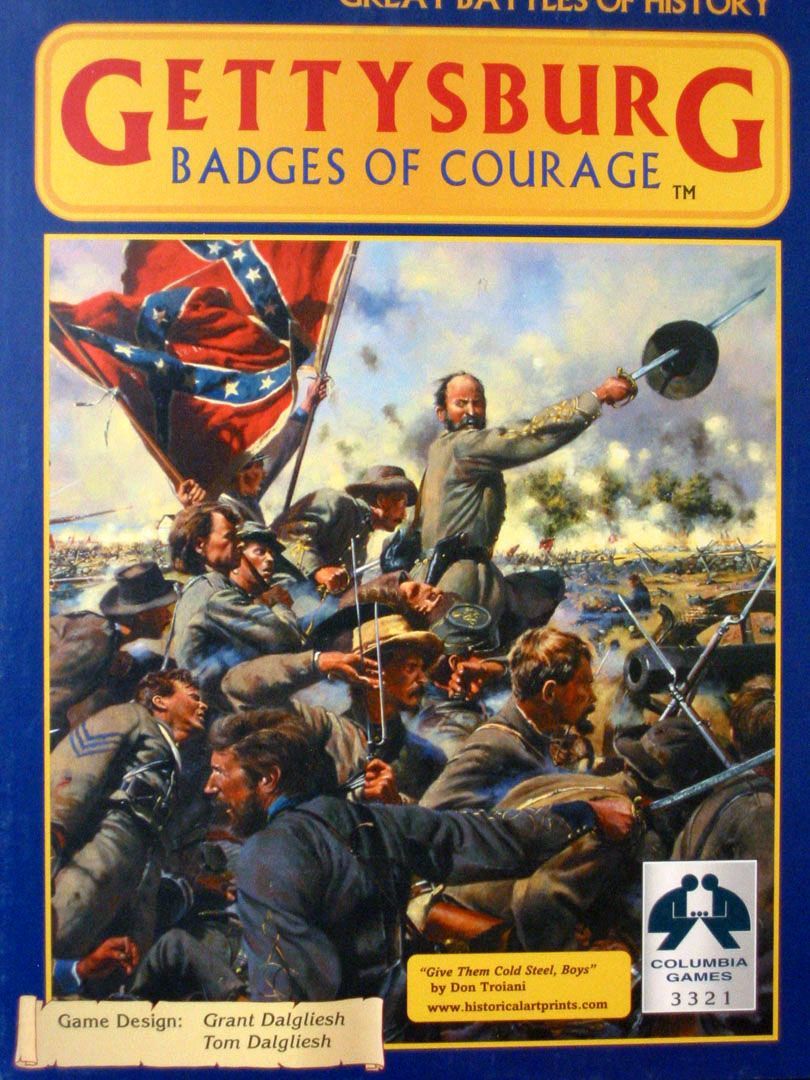 Gettysburg: Badges of Courage employs a game system developed for tactical combat. Infantry, Artillery and Cavalry are led by Division, Corps and Army commanders in a struggle to control terrain features like Little Round Top and Cemetery Ridge All three days Gettysburg can be played separately or together in battle-long scenario. Players have some control of which roads and at which time new Divisions and Corps arrive throughout the battle. Gettysburg: Badges of Courage features a Brigade level order of battle with historical units and leaders. The game system rewards players who maintain division and corps integrity.