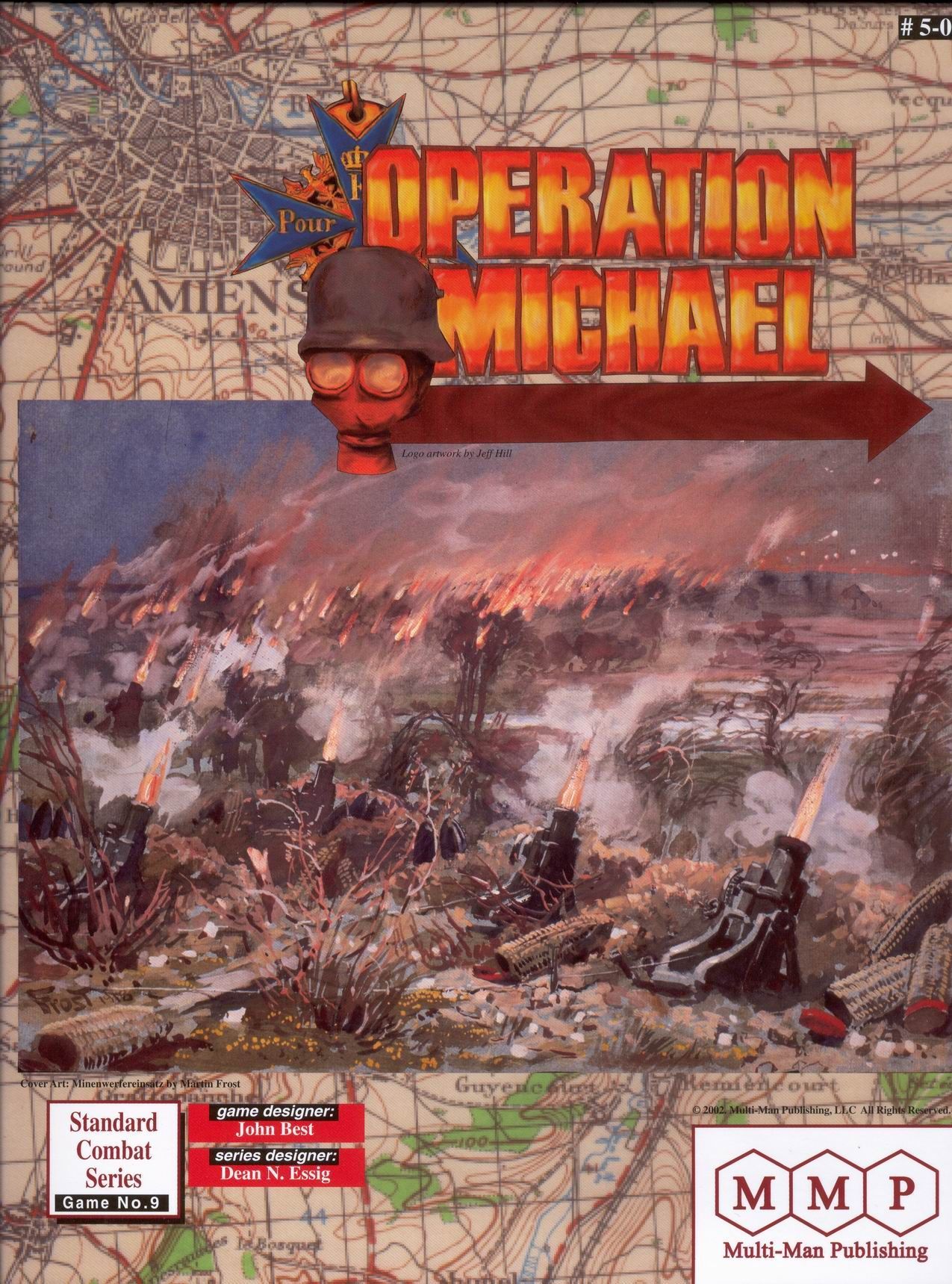 Sub-titled: 'Ludendorff's Last Chance' & Part of the Standard Combat Series #9, this game covers the March 21, 1918 offensive by the Germans in order to regain the initiative on the Western Front before the might of the U.S. forces will be felt. The components consist of the following: a Full COLOR paper Mapsheet; 420-Full COLOR cardboard counters in 2 sheets; 10- Scenarios; a 'Series' RULES Book; a Scenario Book; and 2-DICE. The game scale is given as: 1.2 miles across per HEX; Units are Regiments up to Divisions. Complexity is rated 'Low' while Solitaire suitability is rated 'High'. This is a game on the Ludendorff 'Peace Offensive' in an attempt to work the German forces between the British and French Armies. If the Germans can pull it off, then they'll force the French to fall back to defend Paris while entrapping the British against the coast, thereby forcing them to surrender. Using the tactics of the successful 'Russian' Front forces, developed by General Oskar von Hutier, the 'Stosstruppen' head off to engage the enemy while the Allies amass their 'Tank' forces for a counter-attack.