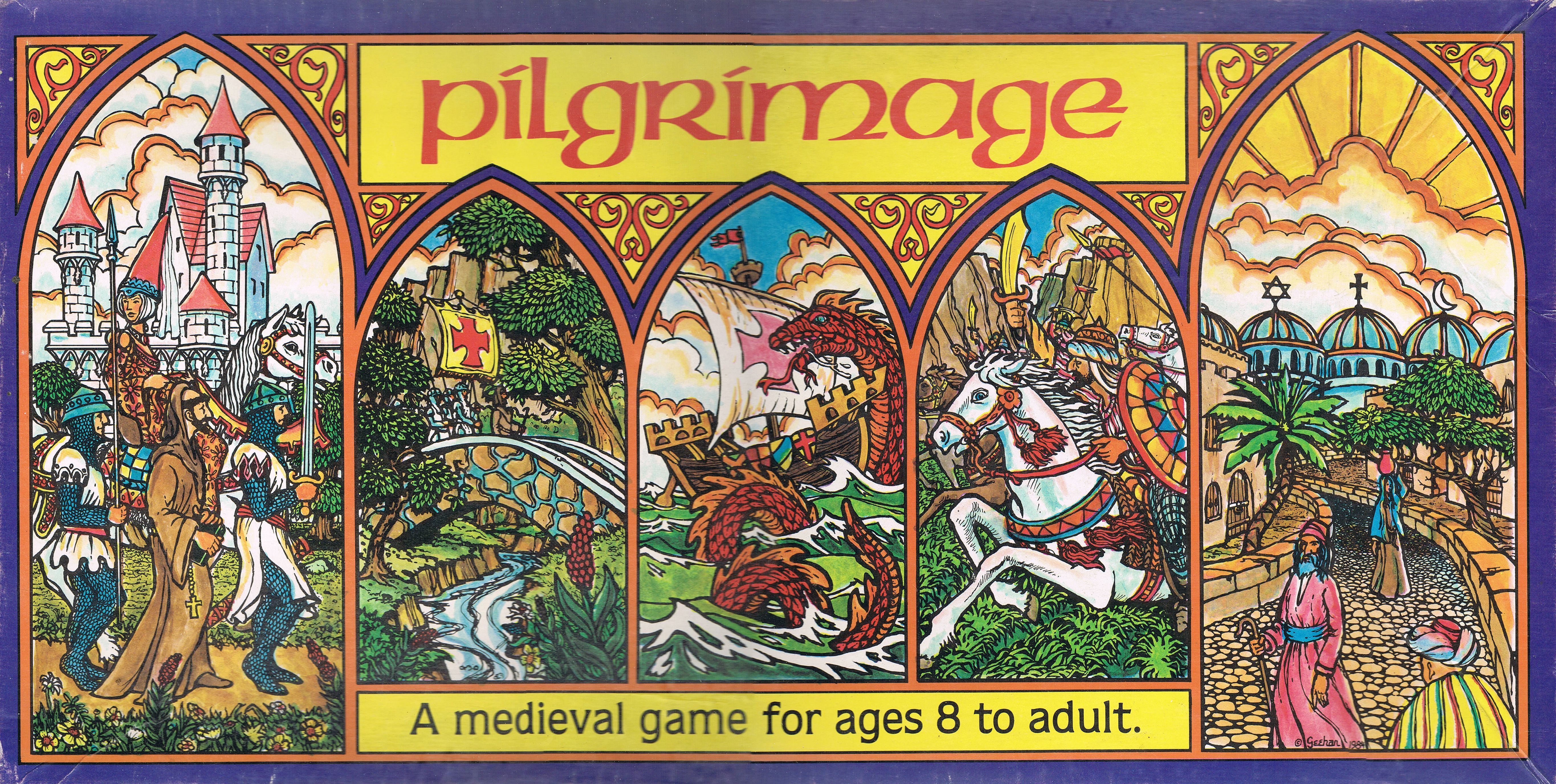 From the rulebook: This is PILGRIMAGE, a game in which players move across Europe to the Middle East, from London to Jerusalem. Players follow routes used by early crusaders and pilgrims and many have adventures along the way. Players learn geography; they also learn about daily life in the middle ages. The game is competitive; you may choose to play PILGRIMAGE One Way, in which case the first player or team to arrive in Jerusalem wins. Or you may choose to play PILGRIMAGE Round Trip, in which the game is won by the first player or team to reach Jerusalem and return to London. PILGRIMAGE is a game of chance, played with dice, pawns and Bane and Blessing cards which are drawn as the game proceeds. The events described on these cards have been collected through careful historical research. PILGRIMAGE One Way takes an hour or more to play, depending on the number of players. The game is designed for 2 to 6 people, ages eight to adult.