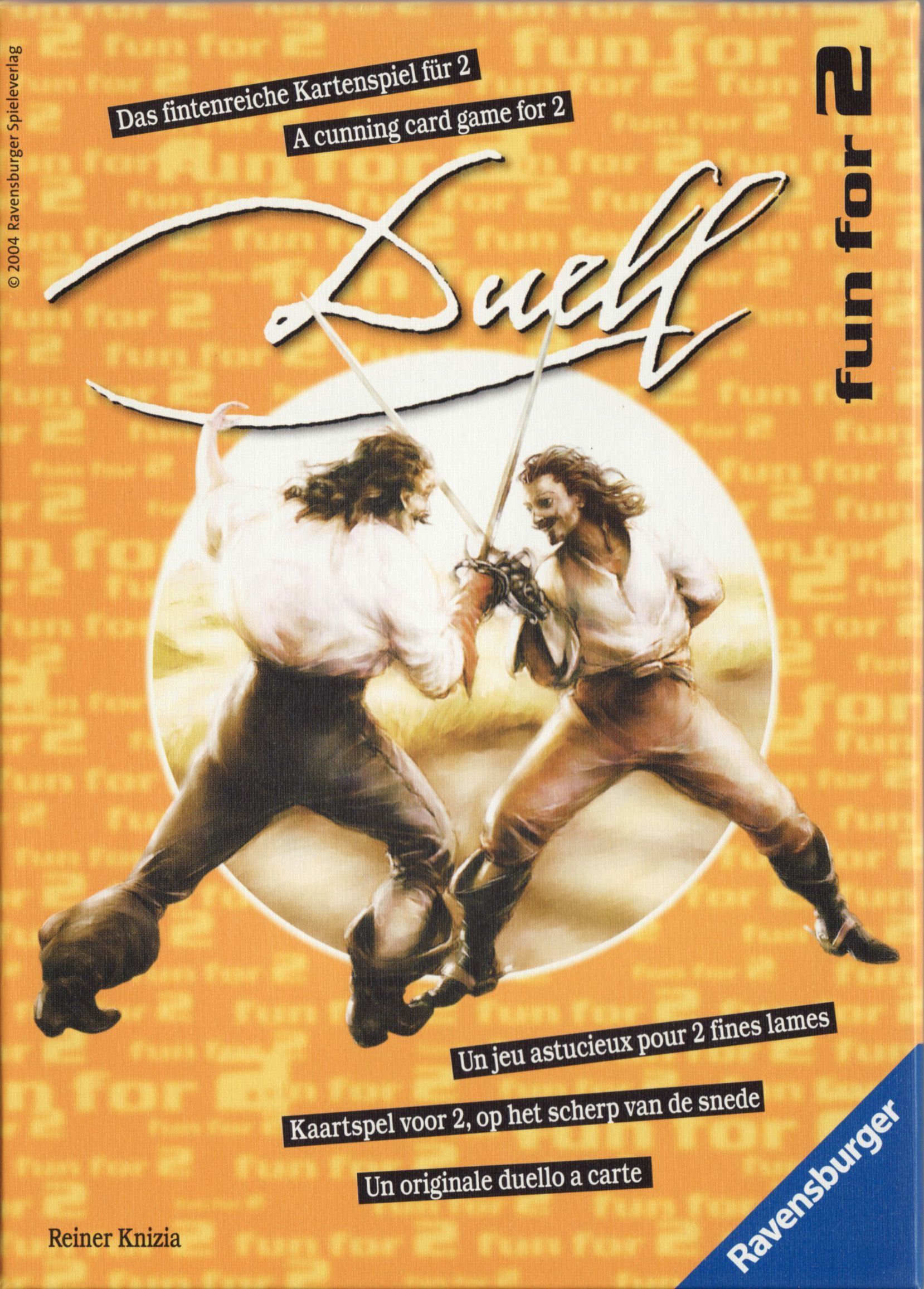 This is a revised version of En Garde (published by Abacus). The game is basically the same, but in this version they've added 8 special cards. At the start of a duel you draw one of these cards. This card will change the rules for this duel only (examples: you have to play with open cards; you have to play with less cards; you are not allowed to retreat). From Erwin Broens of Bordspel The sun breaks across the horizon; the day awakes. The two players take part in a sporting competition: whoever wins five fencing bouts first is the winner. En Garde! The feinting and parrying of the Duell has begun... Touché! From the publisher (Ravensburger) Belongs to the Ravensburger Fun For 2 Series.