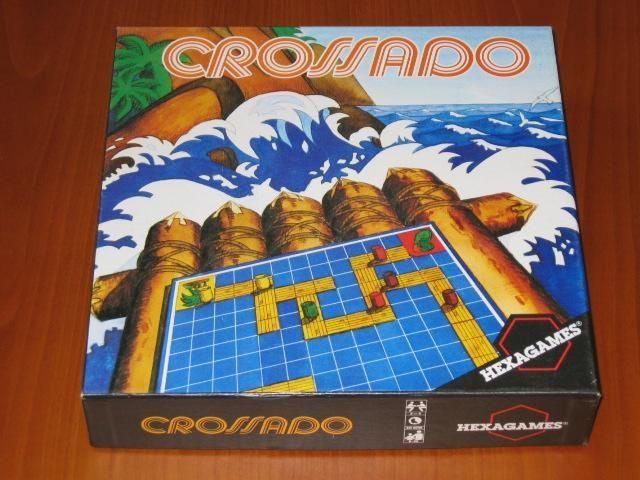 Each player receives four stones in one color and places them in the corner of the board corresponding to his/her color. There are two phases. In the first phase the players place bridges. First the start player places a bridge and then the next player, until all the bridges have been placed on the board. In the second phase the players roll the die and move their stones along the bridges. Each round only one stone can be moved. The stones can be placed on free spaces only. The players have to move the exact amount of spaces indicated by the die. If a player can't move, he/she has to roll the die three times. If the player doesn't roll a 1 or 6, his/her turn is over. When the player rolls a 1 or 6, he/she can remove a bridge and place the bridge wherever he/she wants. The first player to move his/her four stones to the other side of the board wins the game.