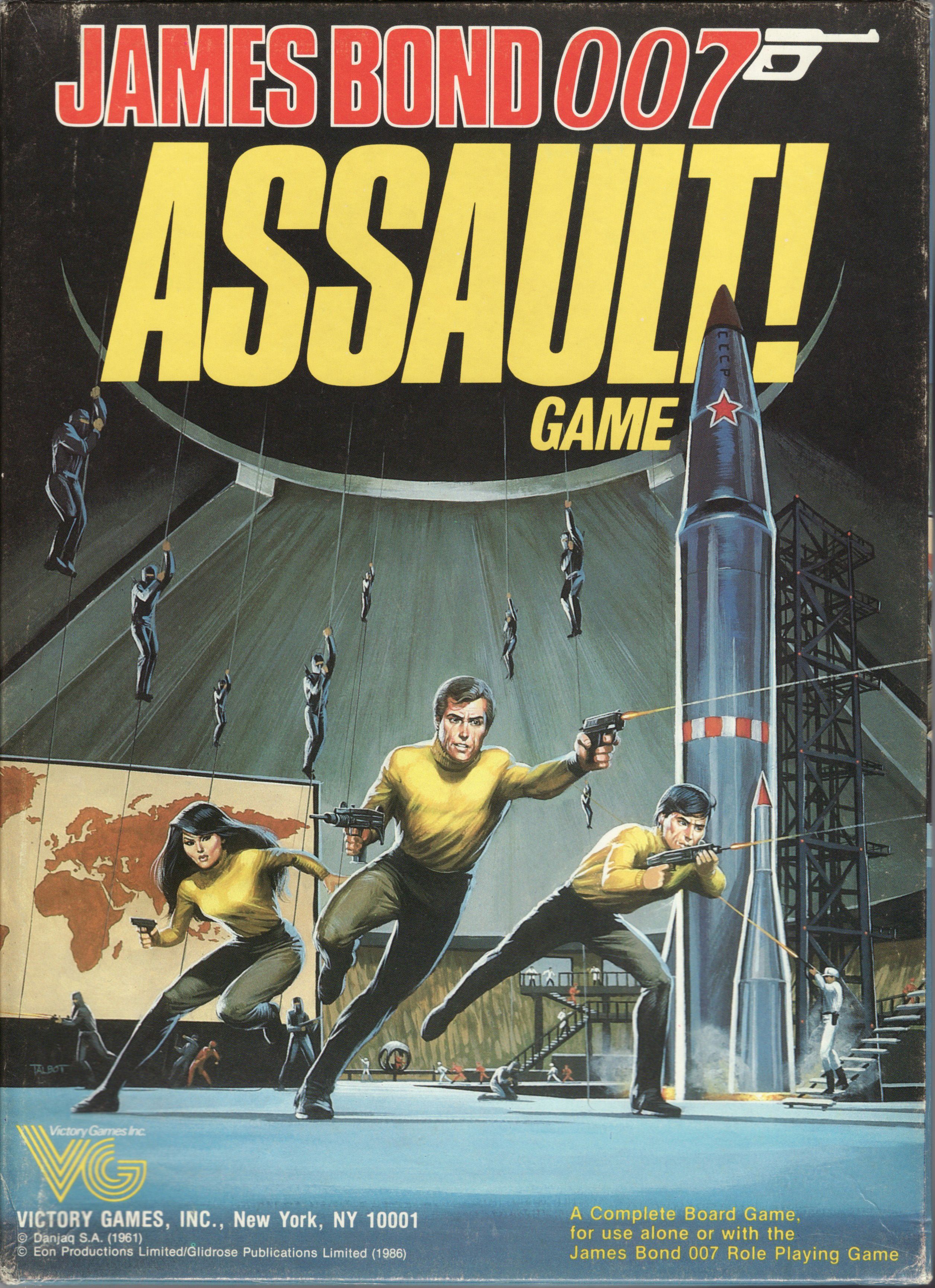 Using the famous movie assault on the secret rocket base from You Only Live Twice , the James Bond 007 Assault Game creates a unique opportunity for role players and simulation gamers to come together in a fast-paced, exciting game of commando combat! One player, assuming the role of the deadly Karl Ferenc Skorpios and his villainous band, must successfully launch his rocket from the secret volcano base. The other player, controlling James Bond, Tiger Tanaka, Kissy Suzuki, and their intrepid Ninja band, must make the perilous descent from high atop the base to foil the evil plan. Individual playing pieces, representing the major characters and their troops, battle across the multi-level floor of the base, engage in fire combat and hand-to-hand struggles as the moments until launch tick by. Easy to understand rules allow players to quickly begin playing the four scenarios, and rules for solitaire and games master play add to the game's diversity.