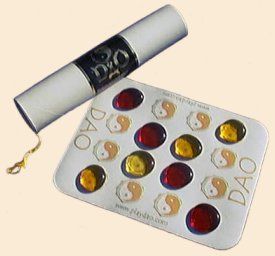 From the Designer/Publisher: Components: A 4x4 board, 2 sets of 4 pieces, and 2 players. Beginning: An X is formed with each player's piece aligned "diagonally" from the corners. The game consists of only one simple rule and three ways to win. Pieces move in a straight line, including diagonally, as far as possible with no jumps. The three ways to win are arranging your pieces in a straight line on the board (not diagonally), occupying the four corners, or forming a 2x2 square anywhere on the board. However, the antisocial strategy of trapping an opponent's piece in a corner loses!! 2001 Mensa Select