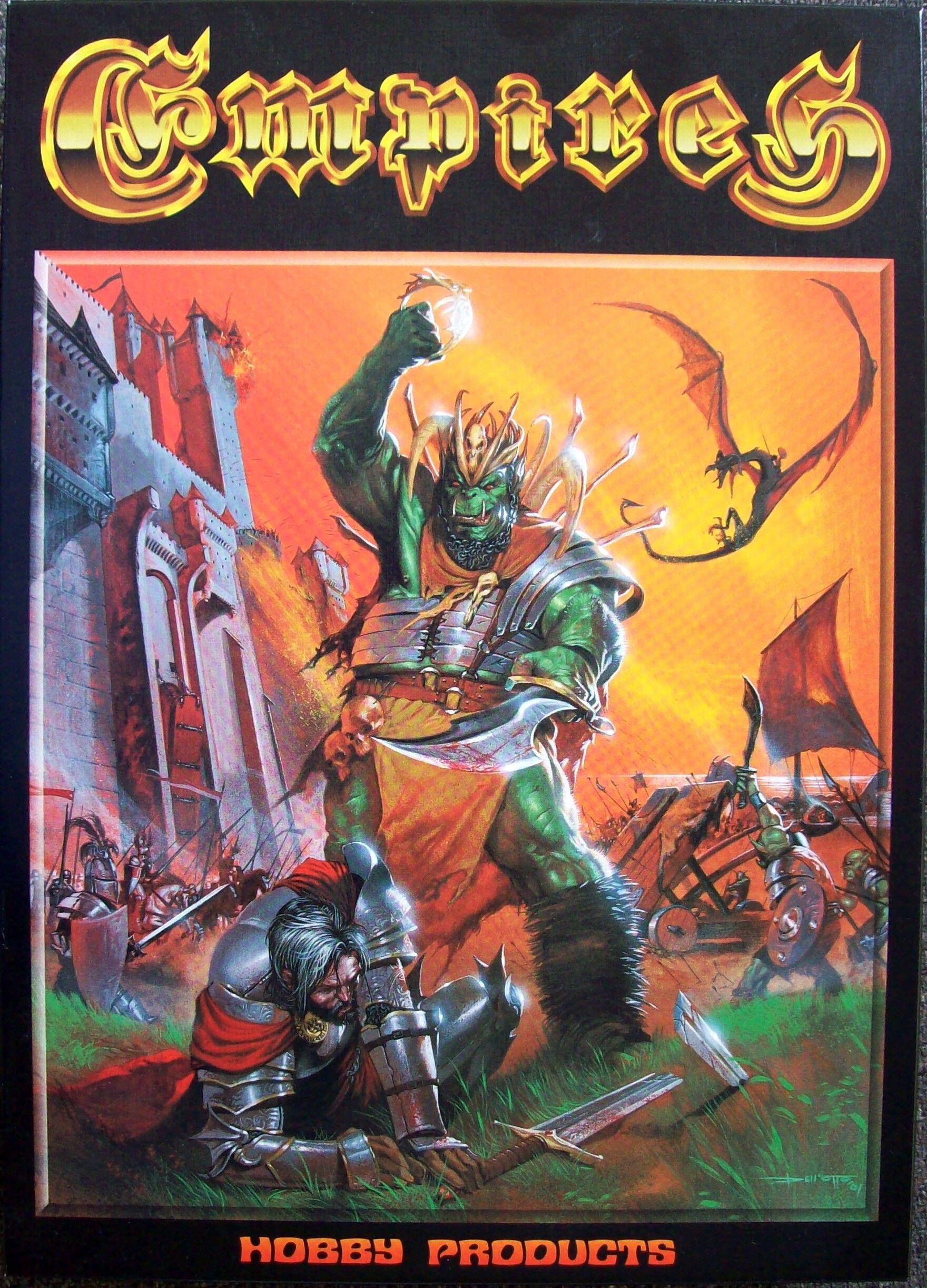 From the Publisher's website: In the game of EMPIRES you step into the role of a mighty warlord in a medieval-fantasy world in which wizards, heroes, fearsome creatures and powerful engines of war are a part of everyday life. Players recruit units, heroes and wizards for their armies, build villages, cities and fortresses, and try to defeat their opponents' forces and conquer their territories in order to expand their own empires. The EMPIRES boxed set contains complete playing materials for two players for immediate play and allows players to form smaller Orc and Human empires. In addition to these two races there are the realms of the Dwarves, the Elves, the Icelords of Isthak, and the Undead, which allows you to stage epic scale campaigns with up to six players in which differing races clash in the struggle for power.