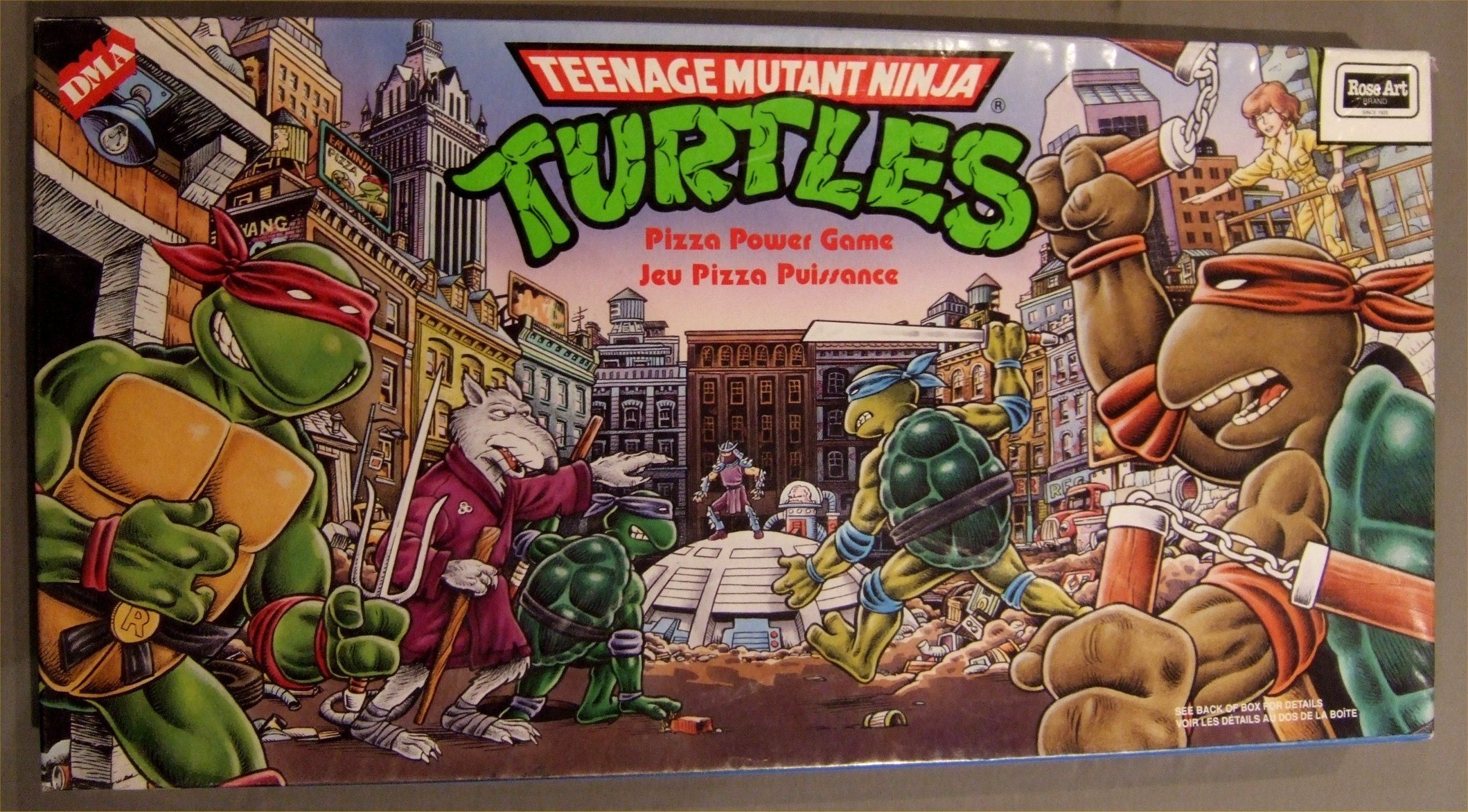 Teenage Mutant Ninja Turtles: Pizza Power Game, is based on the late 80's cartoon of the same name. Players play as one of the four Turtles and move around the board while fighting enemies. Players can travel on the streets or through the sewers. Battles are handled with a 'flipper' which the players load dice into and attempt to shoot them into one of three numbered compartments. To win you must defeat 3 enemies, go to the Technodrome and recover the secret Mutogen.