Maharaja: The Game of Palace Building in India - Universal Statistics 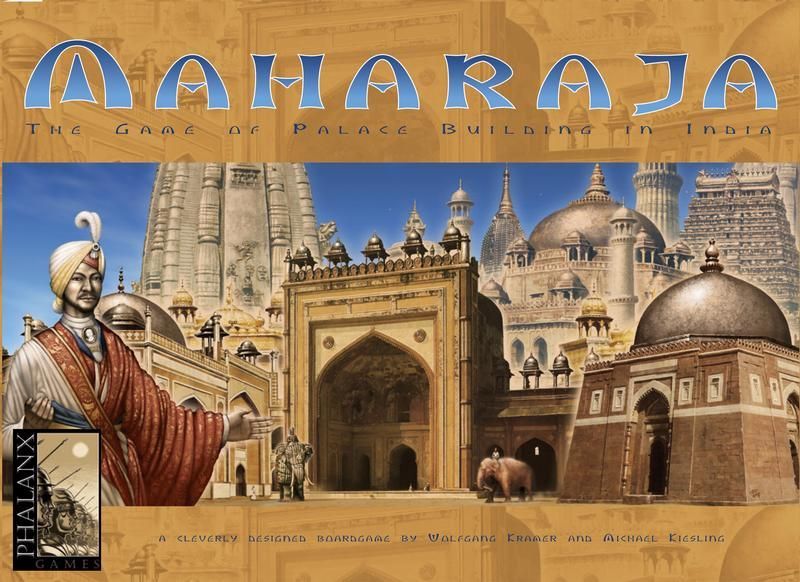 A boardgame for two to five players with elements of worker placement and resource management games. During the game the players take different roles and travel from city to city in India. Their architects build palaces and houses for the maharadja. Of course, building a palace is expensive. Therefore it is important to earn enough money in the cities. The first player who builds seven palaces is the winner. Players choose their actions simultaneously but reveal and resolve them in turn. Actions include generating money, building houses or palaces, manipulating the Maharaja's movements or choosing new architects (each architect has a unique power but the more powerful ones come further down the turn order). At the end of each round the Maharaja scores the city he is currently in based on the number of buildings and players recieve money accordingly. He then moves to a new city. Besides the basic game, the rules booklet contains two advanced versions for players who seek even more depth in their game play.