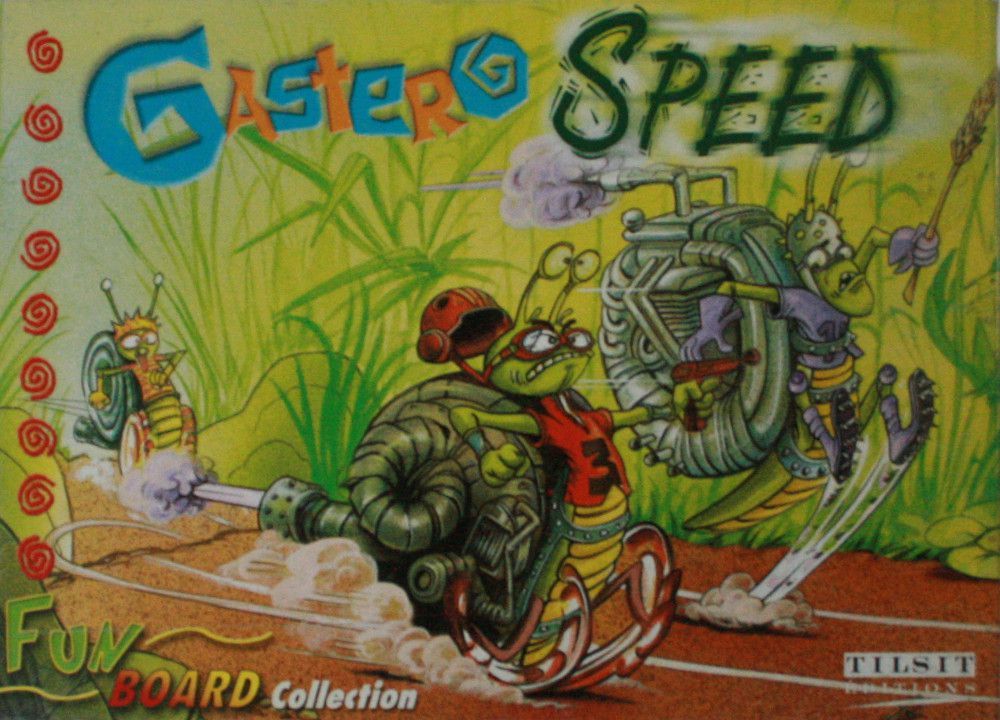 A snail race championship including 6 circuits. On each turn, the players play at the same time a speed card, then move. An action card is then played trying to move farther forward, to shoot an opponent, or to push it on the wall... Each snail starts the race with 3 shell points that will help it to survive the obstacles and opponent tricks. At the end of each race, snails score points depending on their ranking. A fun light game for all! Re-implemented by: Snail Race