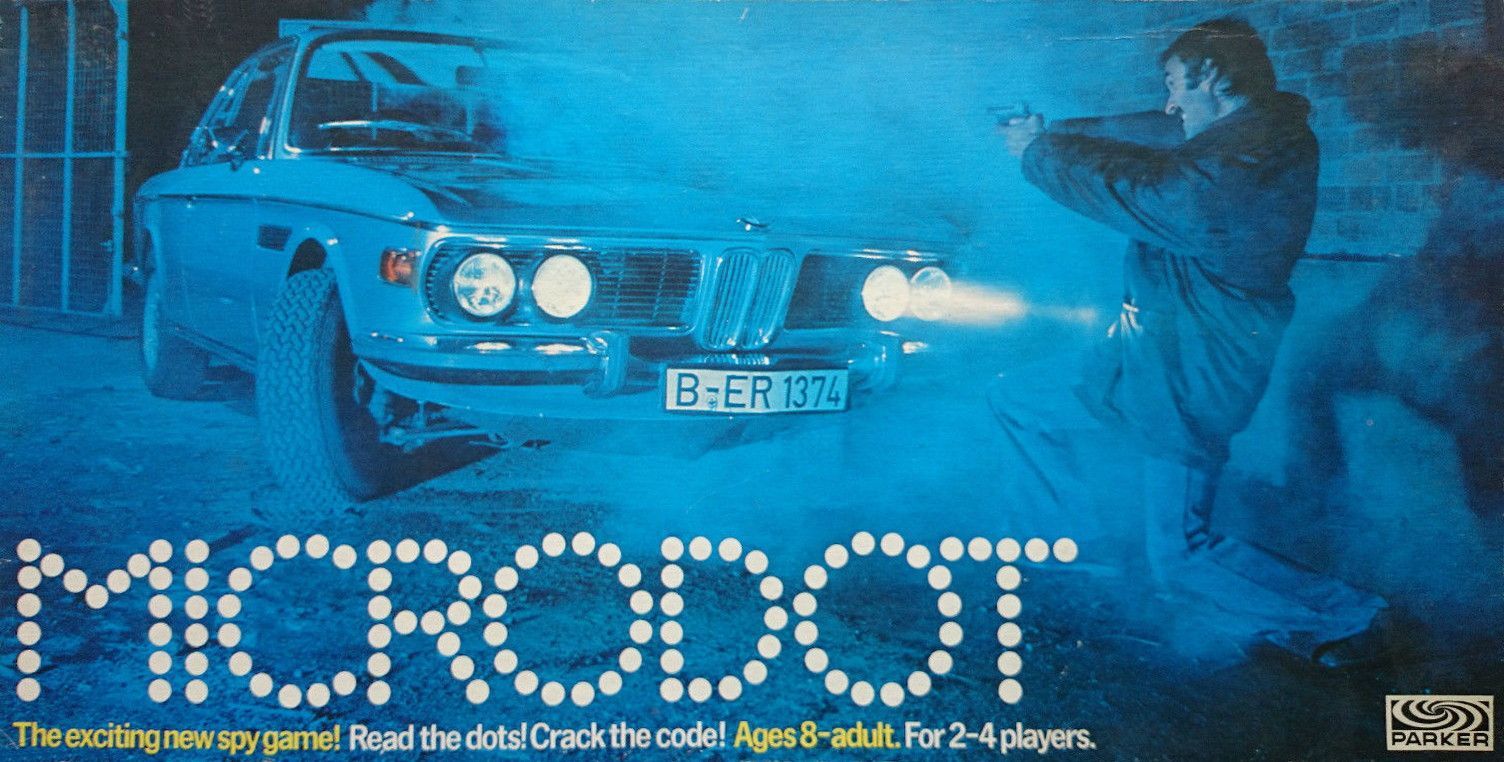 Espionage game where players must steal the diplomatic bag of any one opponent and return it to their own headquarters to win; a 'capture the bag' game you might say. Players start on the outer track of the board where they move around gathering pieces of equipment (ladder, revolver, dagger, earphones, passport, wire-cutters) needed for the bag-capture 'mission'. As each piece is obtained, it is placed near the player's HQ on the inner part of the board. Once five pieces of equipment have been so placed, the mission can begin. The mission takes place on the inner part of the board. Here, each player has a home territory of 5x5 squares and these areas are separated from one another by a wall or fence. On his turn, the player rolls a special die and uses it to move his equipment pieces toward an enemy HQ. The barriers can be breached by moving a ladder or wire-cutter onto them, or alternatively the passport piece can be moved onto the central checkpoint square to allow other pieces to pass through here. Each type of equipment has a point value (gun = 6, dagger =5, etc). When two opposing pieces occupy the same square, the one with the lower value is removed (both are removed if they are of equal value). Players cannot continue missions with fewer than five pieces of equipment and are forced to return to the outer board to acquire replacements before continuing. If a player manages to land a piece onto an opposing diplomatic bag, it is captured and he can start to move both pieces back towards his own HQ as a single unit. While moving on both the inner and outer board, the player may have to draw a chance card of some sort, and this is where the game's chief gimmick comes into play and from where it takes its name. These cards all have the word 'Microdot' on them, written in dots. One of these dots contains a very small number or letter and the included plastic magnifying glass is supposed to be used to read it (but this is not really necessary). The letter/number is then referenced on the relevant 'decode' chart and the instructions followed.