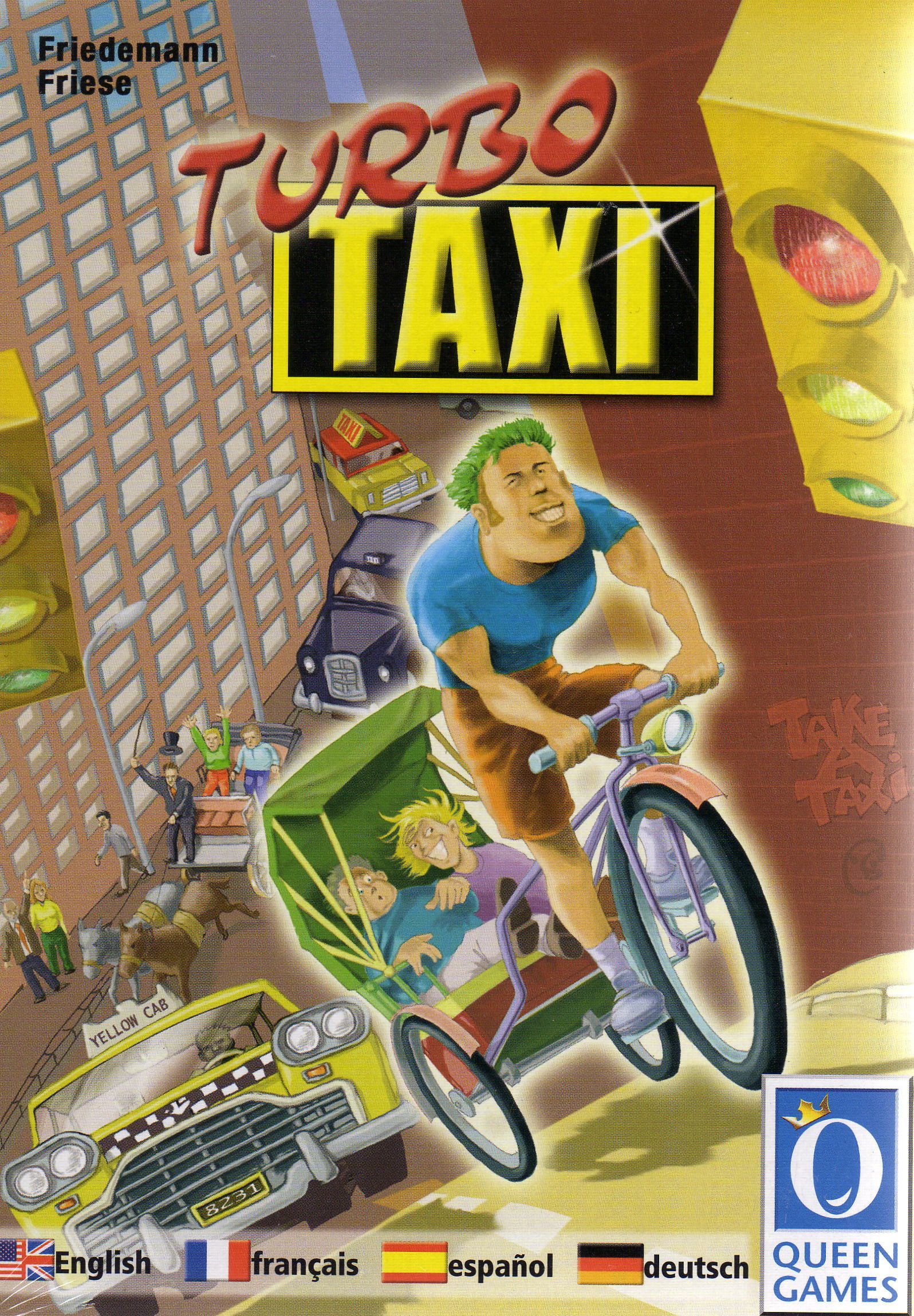 Flickwerk is a neat little competitive puzzle game, similar in feel to Ricochet Robot. With multiple sets, even more players can participate in the same game. Each player has an identical set of 12 tiles displaying part of a network of computer cables. A further set is shuffled and placed face down in the centre of a 3x3 grid, representing the nine rooms through which the cabling will flow. Four markers are placed around the edge of the grid and these represent the only points at which the cabling can leave the grid. The top card of the centre pile is turned over and players have to re-arrange their own tiles in front of them to form a valid network, using the same centre tile as displayed and connecting up the four “perimeter” markers. First one to complete a valid network wins the centre tile (1 VP). He then rearranges the perimeter markers if he wishes and turns over the next card to be played for. The updated edition, Turbo Taxi, features city streets rather than computer cables. The markers on the edge of the grid are a yellow taxi, yellow house, black taxi and black house. Players must ensure that their tiles create valid routes leading the yellow taxi to the yellow house, and black taxi to the black house. This game can also be played solo as you try to complete a grid in the least amount of time. The contents of Turbo Taxi is: 1 rulebook (the number may vary for multilanguage editions) 1 city board 60 cardboard tiles: 12 green player 12 yellow player 12 blue player 12 orange player 12 neutral (with a medal in its back) 4 wooden pawns 2 black pawns 2 yellow pawns