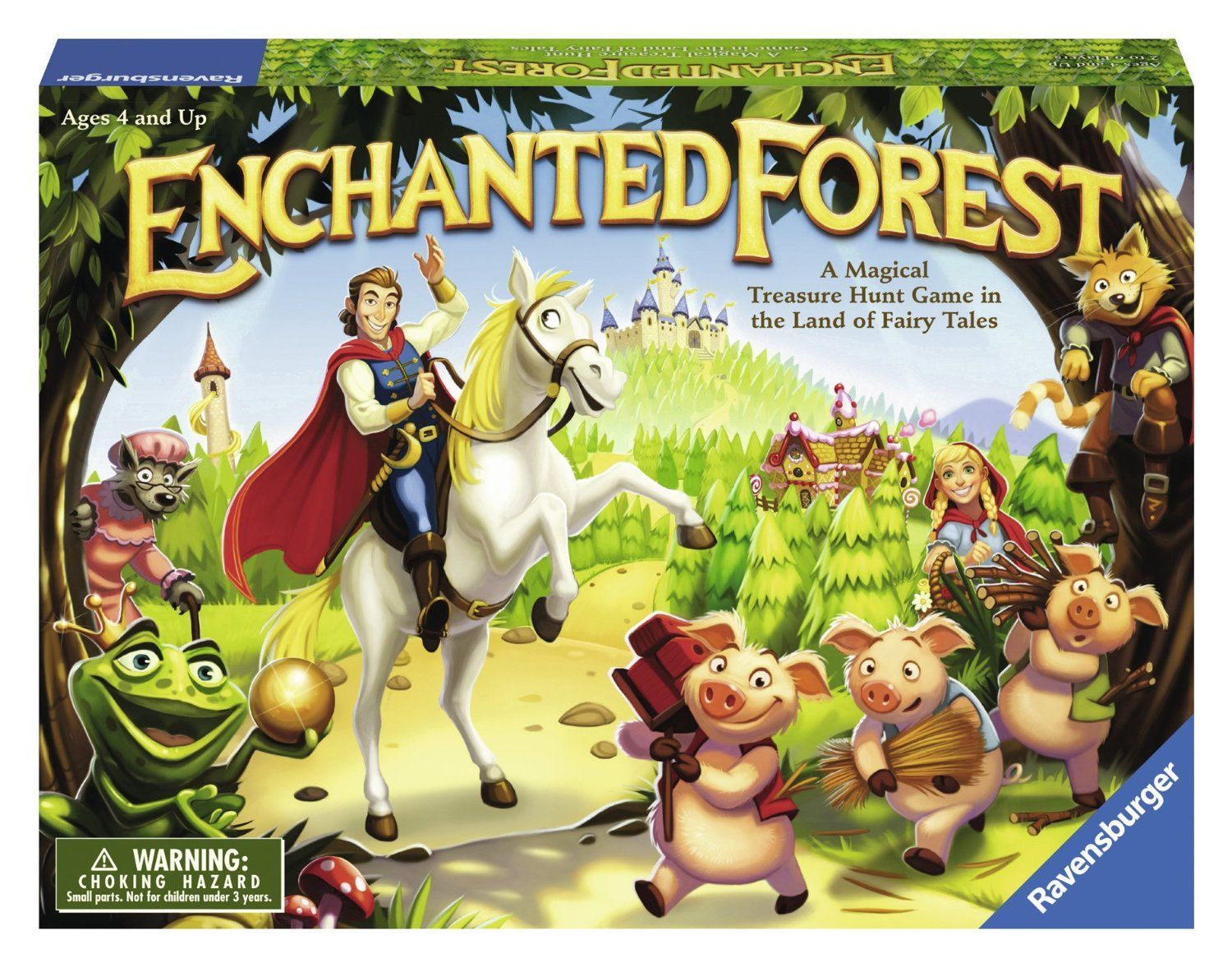 One treasure is hidden under each tree in the forest. As you move from tree to tree, you get to peek at the treasures you find. Can you remember where each one is hidden? When the king asks where one of the treasures is, players race to reach the castle with the right information. The 1997 version Wizard of Oz has a few minor rules tweaks to accommodate a four-player game, but is essentially the same game. In 2007 Ravensburger released a Dutch version themed around the Fairy Tale Forest in the Efteling attraction park, titled Efteling Sprookjesspel.