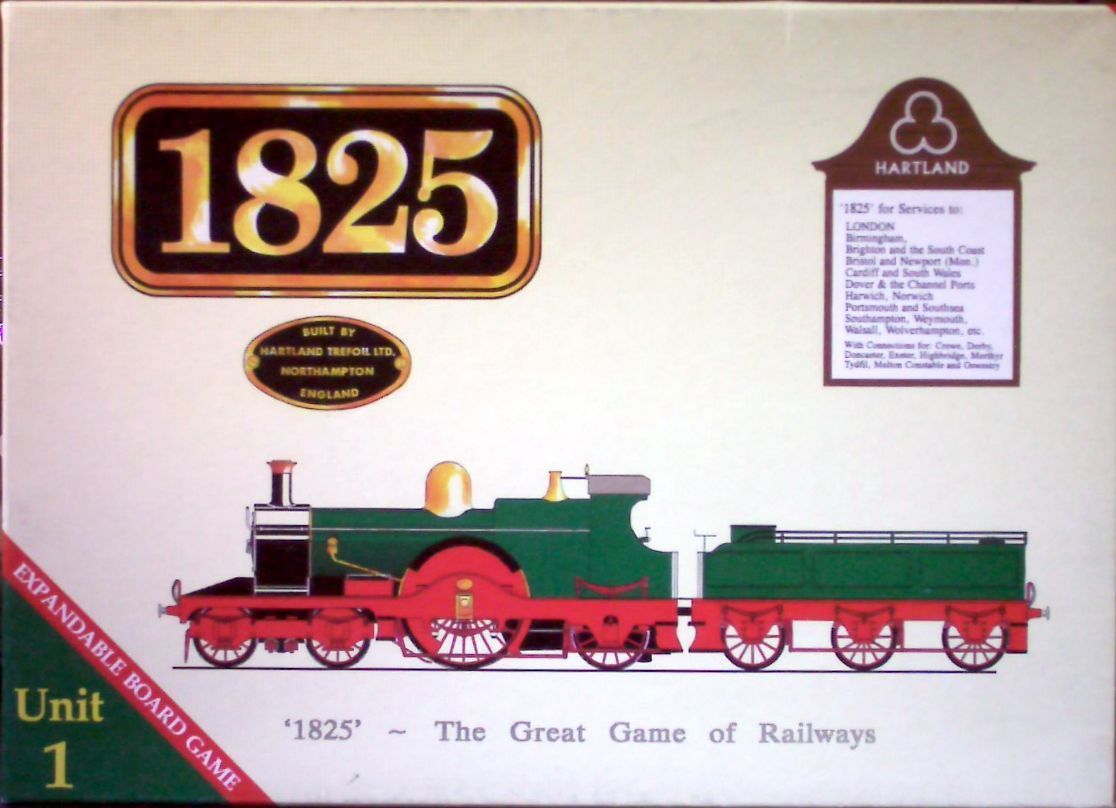 1825 is Francis Tresham's "1829 revised" 18xx game. It is released in 3 distinct modules, or units. 1825 Unit 1 and 1825 Unit 2 broadly cover the same area as the 1829 southern board. 1825 Unit 3 covers most of the remainder of England and Scotland, and with unit 2 will cover the same area as the 1829 northern board. Along with the units are a number of expansion kits, which introduce extra money, trains, tiles, companies, and phases. There are currently three, and will be four regional kits, which cover areas of England, Scotland and Wales not included in the three base units. The rules are largely 1829 with improvements. Survey parties are now optional, and track is built in much the same way as most other 18xx titles. The stock market is largely the same, but multiple leaps up the market are allowed if dividends are high enough. Trains can now run to, but not through tokened out stations, and company shares become available in "bands" of the same value. All shares in each band become available when one of the companies in the previous band is sold out. Play time varies enormously, depending on how much of the game you play. A single unit on its own will last 1 1/2 to 3 hours, and accommodate 2-4 or so players. Multiple units and expansions add to both the number of players and the playing time. Two units and all the expansions should accommodate 3-6 players (7 max. officially) and last for anything from 4 to 8 hours. All three units will work for 4-9 players, and a fair amount longer.