The Fury of Dracula - Universal Statistics 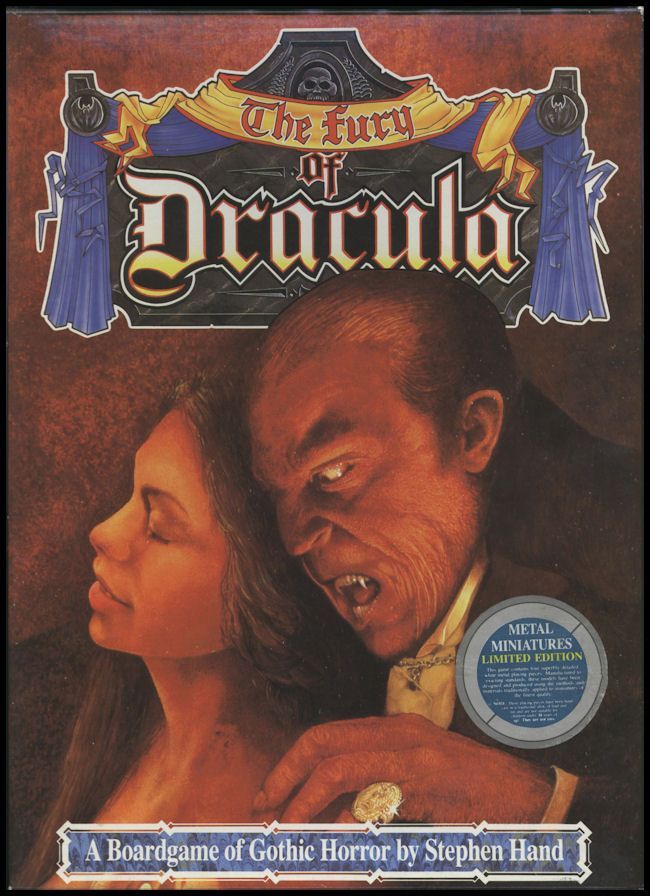 The premise of The Fury of Dracula is very similar to Scotland Yard, but with additional rules for combat, events, and encounters. One player secretly controls Dracula while the other three players are Vampire hunters cooperating to locate and defeat him. Dracula must move around the countryside, evading the hunters while leaving minions and encounters for them to uncover in his wake. If he can hide six new Vampires in Europe without the hunters destroying them, the dark prince will be declared victorious and rule the day! Meanwhile, the hunters try to locate and destroy Dracula before he succeeds in raising an empire of undead Vampires. When they occupy the same space as a dark minion, a vampire, or even Dracula himself, then a combat system is used to determine the results. Will the hunters be able to stem the tide of darkness, or will Europe be consumed by the Fury of Dracula?