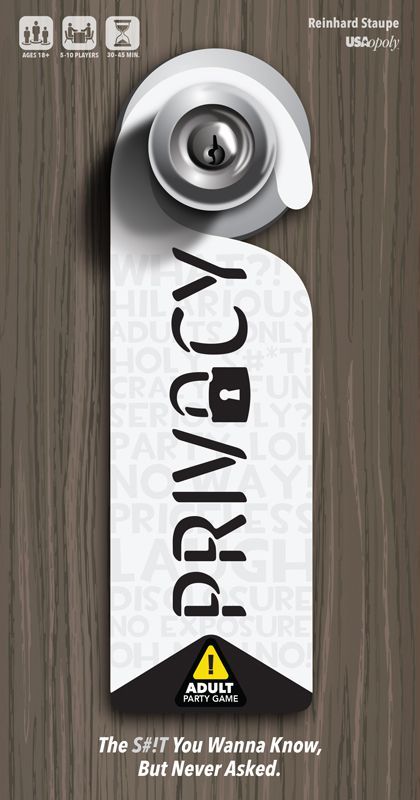 From USAopoly: Privacy is the adult party game in which players finally get answers to the provocative questions they were afraid to ask. Players anonymously answer outrageous and depraved questions by securing “Yes” or “No” votes, then predict how many total “Yes” answers were submitted. Points are awarded to the players who guess correctly. Tell the truth or plead the fifth while using your deduction skills to learn what you’ve always wanted to know about your friends. Warning: Not intended for the shameless. From Amigo: Would you have believed that five of your co-players talk to themselves? That three of them have tattoos? Or that every last one of them has been in a sex shop?! It doesn't matter what it is, it'll come to light with Privacy. Don't worry, though - many answers are given secretly, and what's secret stays secret. One thing is for sure: you won't believe your ears! From Fundex: A Ballot Box of Fun! This secret ballot game will keep you guessing so vote early and vote often! Players vote by answering a question and placing a Yes or No reply disc in the secret envelope and dropping it into the ballot box. Honesty counts, so answer truthfully. Then predict how many Yes answers are in the box. Guessing the correct number or coming closest to it wins you big points. So get out and rock the vote!