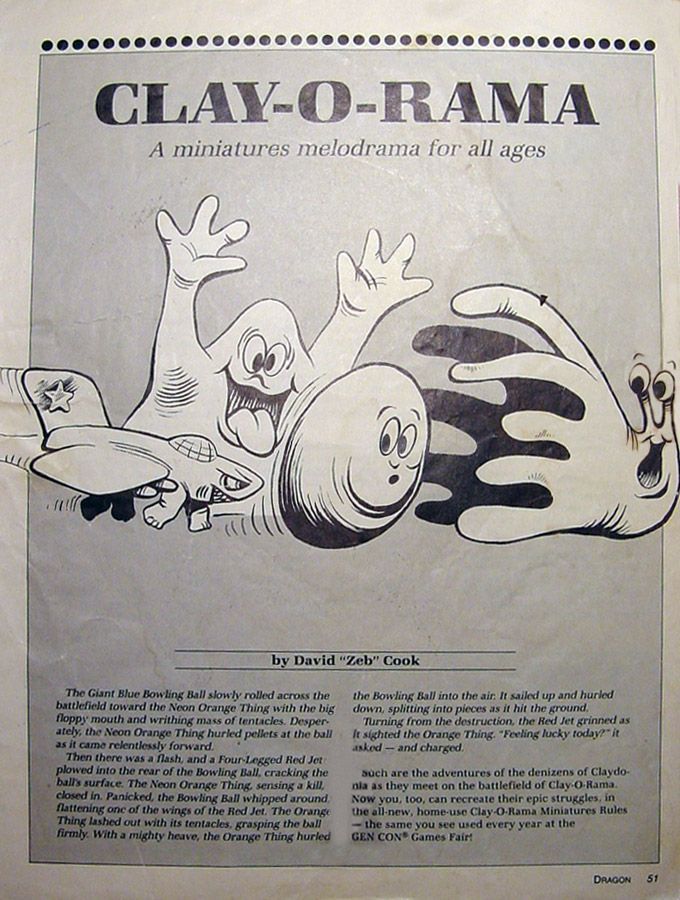 Clay-O-Rama is a silly game played with modeling clay (Which was published in the Dragon Magazine (issue 125)). Players create their own "claydonian" creatures, assign them powers, move them in hands breaths, depending on the number of lates they have. Creatures can attack, using powers such as "the drop" (drop your creature from 3' and see if it survives); the bowl (use your creature like a bowling ball), the blob of death (if you hit, smash the creature with your fist), use opponent as missile... well, you get the idea. To play, you need the rules, pencils, paper, dice, and clay. Expanded by: Claydonia Conquers the World!