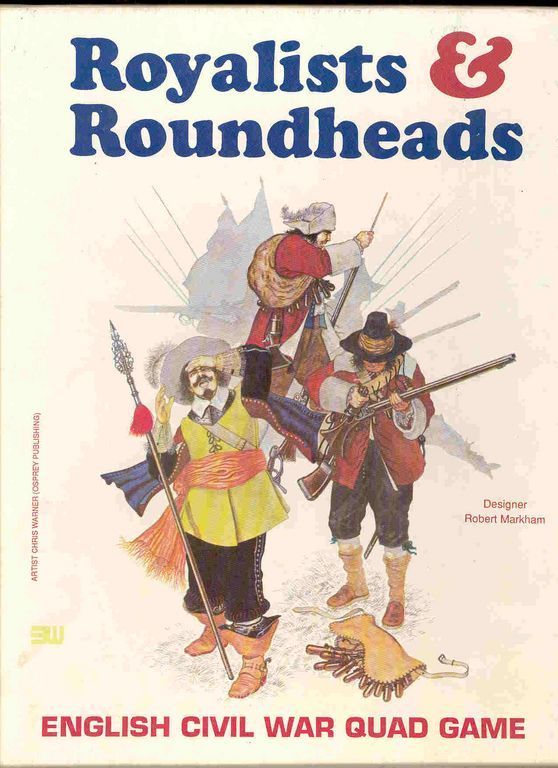 This is the first of a series of games. Four battles are represented in a single box: Marston Moor, Naseby, Justice Mills and Kilsyth. Royalists and Roundheads contains four of the most important battles of the English Civil War. Taking place at the dawn of modern warfare, the war led to the creation of the New Model army, the basis of the British army until the start of the twentieth century. As the pike and tercio failed, the gun rose to become the most important tool of the infantry. The English Civil War was the testing ground for these new weapons of destruction. The game features an innovative, easy to use command system, that recreates the problems of command in an elegant and simple way. Leaders are rated for command, initiative and combat. Weapons range from pikes, muskets and artillery to bows and lances. Each of the four games is complete in itself, and can be played in 1-1/2 to 3 hours, with the ever-present possibility of one side or the other triggering an automatic victory.