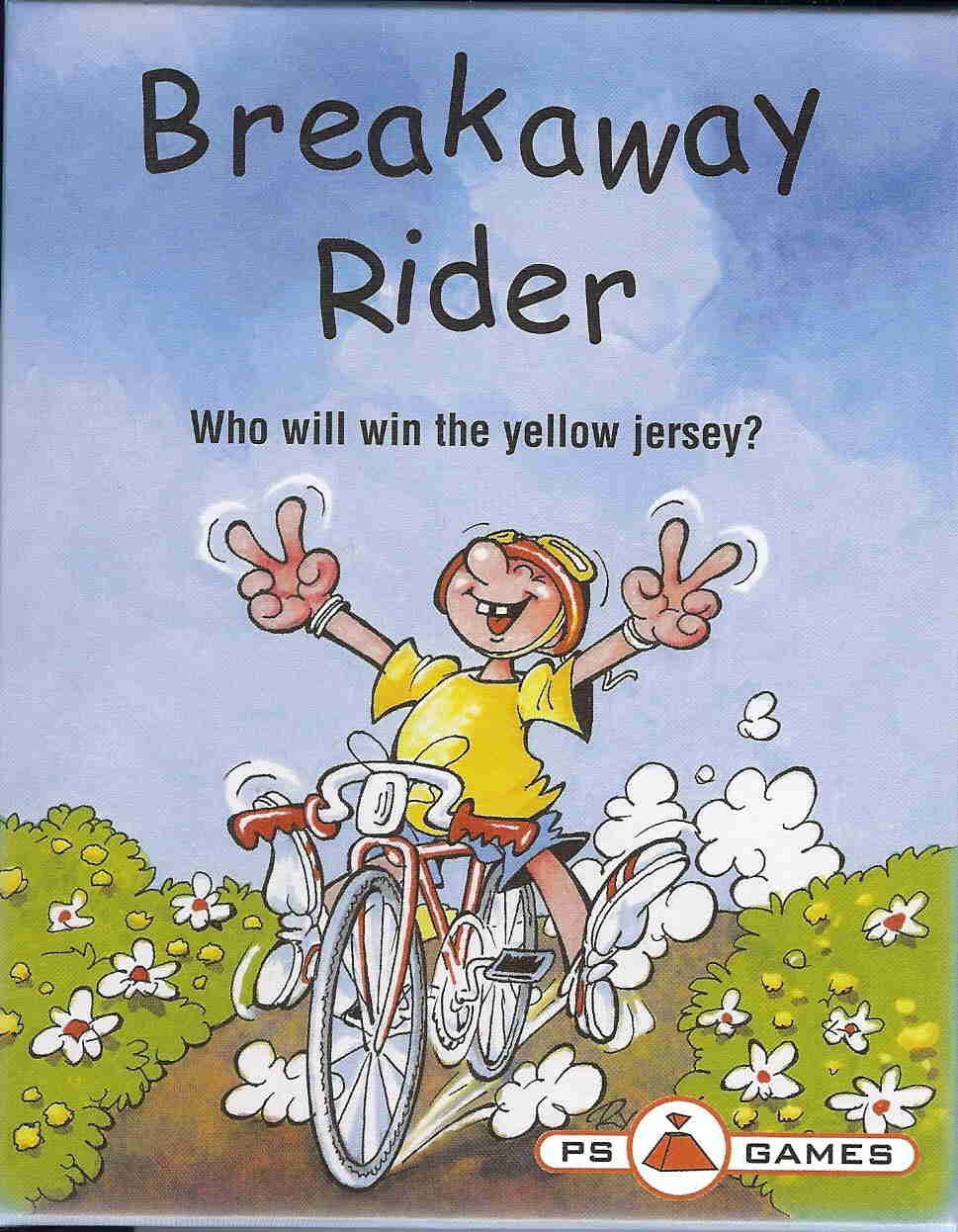 Simple card game of cycle racing. Players fight to hold the yellow jersey when the race ends. Players are dealt 6 cards and draw a 7th before playing a pace card, and any additional modifiers. There are 84 pace cards numbered between 39 and 50, Spurts (which add 2 to your pace), Headwind (which subtract -2 from your pace) and Mountains (which ensure that no one can take the lead from the current player). One player starts as the race leader with a yellow token, and plays a speed card. Successive players must match the leader's pace to stay in the Peleton (the race pack), and each enjoys a +2 to their pace card simulating the benefit of decreased wind resistance. If a player falls more than 2 behind the pack, than they draw chips (representing minutes) equal to the difference from their card and the race pace. If a player starts his turn not in the Peleton, than he does not get the +2 slipstream bonus. If a player plays a card that is faster than the race leader, they either take the lead, or make up time until they catch the Peleton. If they take the lead, they take the yellow token, and successive players must now match their tempo. You must play Headwinds when you draw them, and you can use Spurts as you like. You play Mountain cards on yourself or the race leader, and they prevent anyone from passing the leader, and they also remove the 2 km slipstream bonus that other player otherwise enjoy. The race ends when the deck runs out. The player holding the yellow token wins and scores a point, the other players lose points equal to the chips in front of them. Timing is everything if you plan to win.