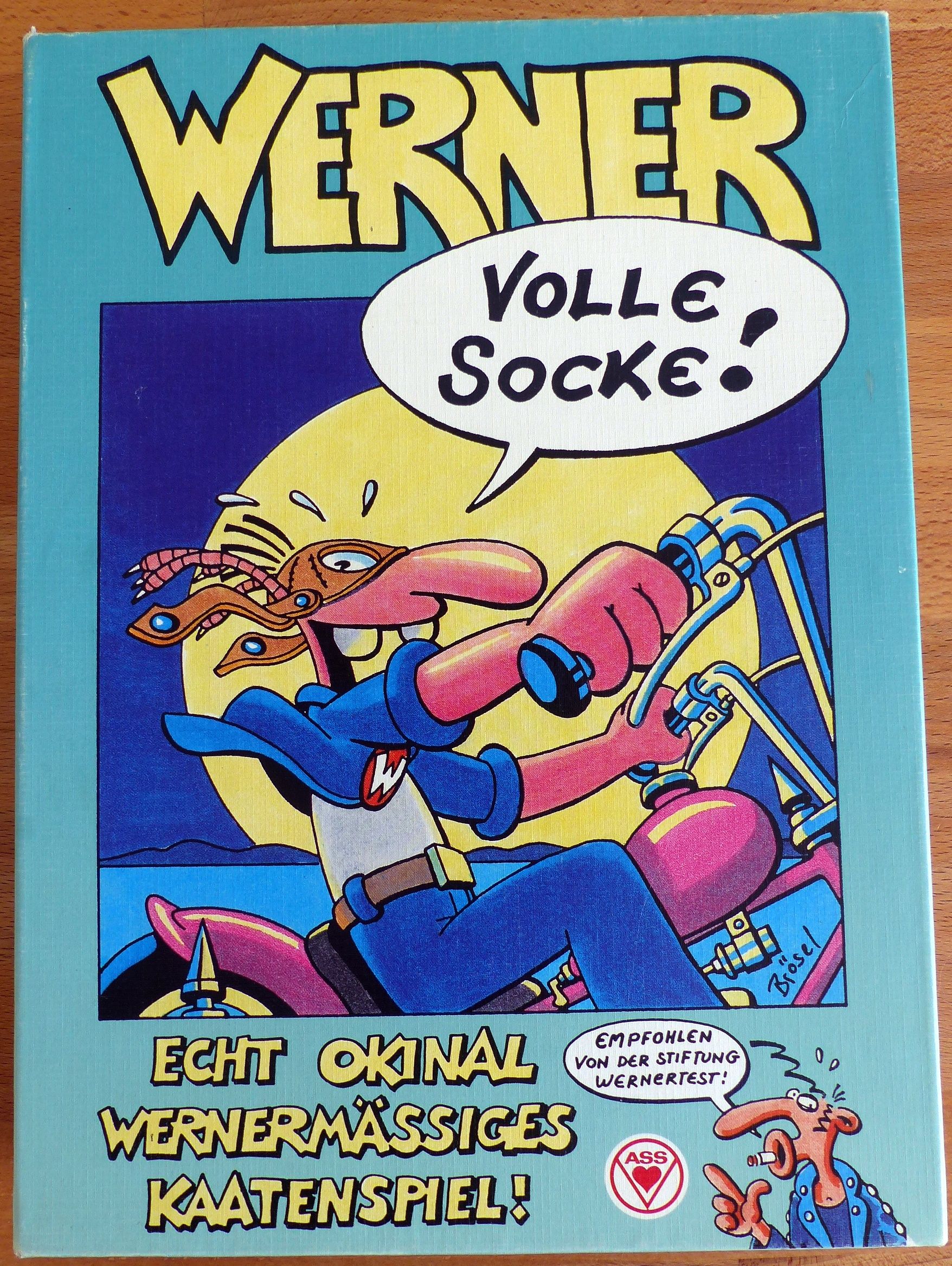 The aim of the game is to build the best motorcycle in 8-10 playing rounds. The higher the HP, the more points the player gets for it. At the beginning each player gets 8-10 cards, depending on the number of players. Turn after turn he can get new cards, but must also put cards into the discard pile. If one player has enough parts to put a motorcycle together, he knocks on the table, if it is his turn. Now all players can draw one more card before phase 2 of the game begins. Successively the players lay out a motorcycle, normally the smallest possible combination. A motorcycle consists of a front wheel, an engine and a rear wheel with the gear change. Then the knocking player begins and plays one of his cards. This can be done in four ways. If possible, one can attach another card to the motorcycle; one may also exchange a card of the owned motorcycle and put the exchanged card on the discard pile. And a player might also put a covered card on the discard pile, if he has no more use for it. Apart from that players can play cards against other players to bug other players, if the target player does not have a defense card. When all cards have been played, players count the points they get for their motorcycles (HP multiplied with the amount of gear shifts(rear tire) and front tire). The HP is entered in a block, and a new round begins. After 10 rounds the player with the highest total score wins.