Mystery of the Abbey - Universal Statistics 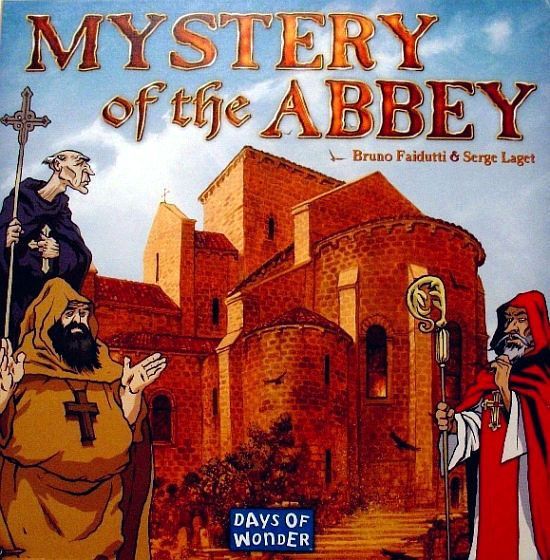 Mystery of the Abbey is a whodunit deduction game in the spirit of Clue. A monk has been murdered in a medieval French Abbey. Players maneuver their way through the Abbey examining clues and questioning each other to find out who is the culprit. Monks are of three orders, fat-thin, bald-hatted, bearded-clean shaven. One monk card is hidden, and the rest of the cards are distributed. Turns consist of moving up to two spaces, and then asking a question of any other monks who are present there. (For instance, "how many fat monks do you have?".) Players may either take a "vow of silence" or answer truthfully; they then in turn get to ask the accuser a question. "Mass" occurs every four turns: all players go back to the Sanctuary, an event card is read, and they then pass an ever growing number of cards to their left neighbor. Various rooms have special events or cards associated with them, e.g. in a Cell you get to pick a card from a neighbor, in the Cryptorum you get to pick up a card to take an extra turn later. Unlike Clue you don't automatically win by making a correct Accusation: you get 4 points for getting it right, but you also get 2 points for each correct Declaration of a single trait, and lose points for incorrect declarations and accusations. So, e.g. a person could correctly Declare the culprit but lose the game. Unique Events cards add randomness to each play, and the game begs for House rules to limit the questions.