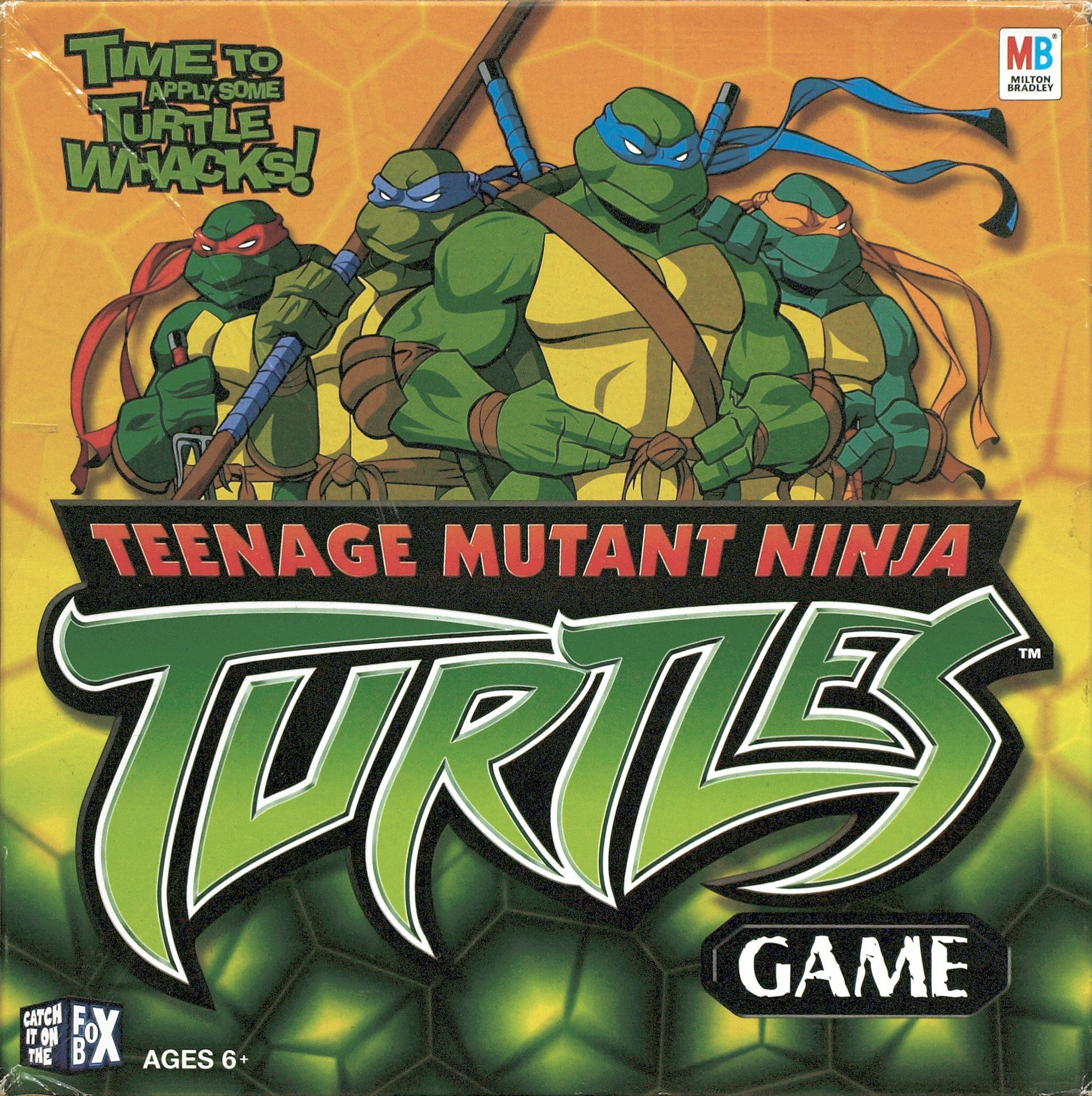 From the box: "Time to apply some Turtle Whacks! "In the heart of the city, a towering skyscraper houses the evil SHREDDER, finalizing his plans to take over the world. Four Teenage Mutant Ninja Turtles know they must find a way into the skyscraper in order to battle the vicious SHREDDER and stop his plans. But as they make their way through the sewers and along the city streets, they encounter SHREDDER'S henchmen trying to stop them. A ride on the subway can help the Turtles get closer to their goal. A side trip to Baxter Stockman's lab will slow them down. Which Turtle will make it past their enemies and defeat THE SHREDDER? Will it be you?" There are two sets of rules for the game. The basic game is a simple roll-and-move affair for kids, but the advanced game is much better, and plays somewhat like a stripped-down Buffy the Vampire Slayer.