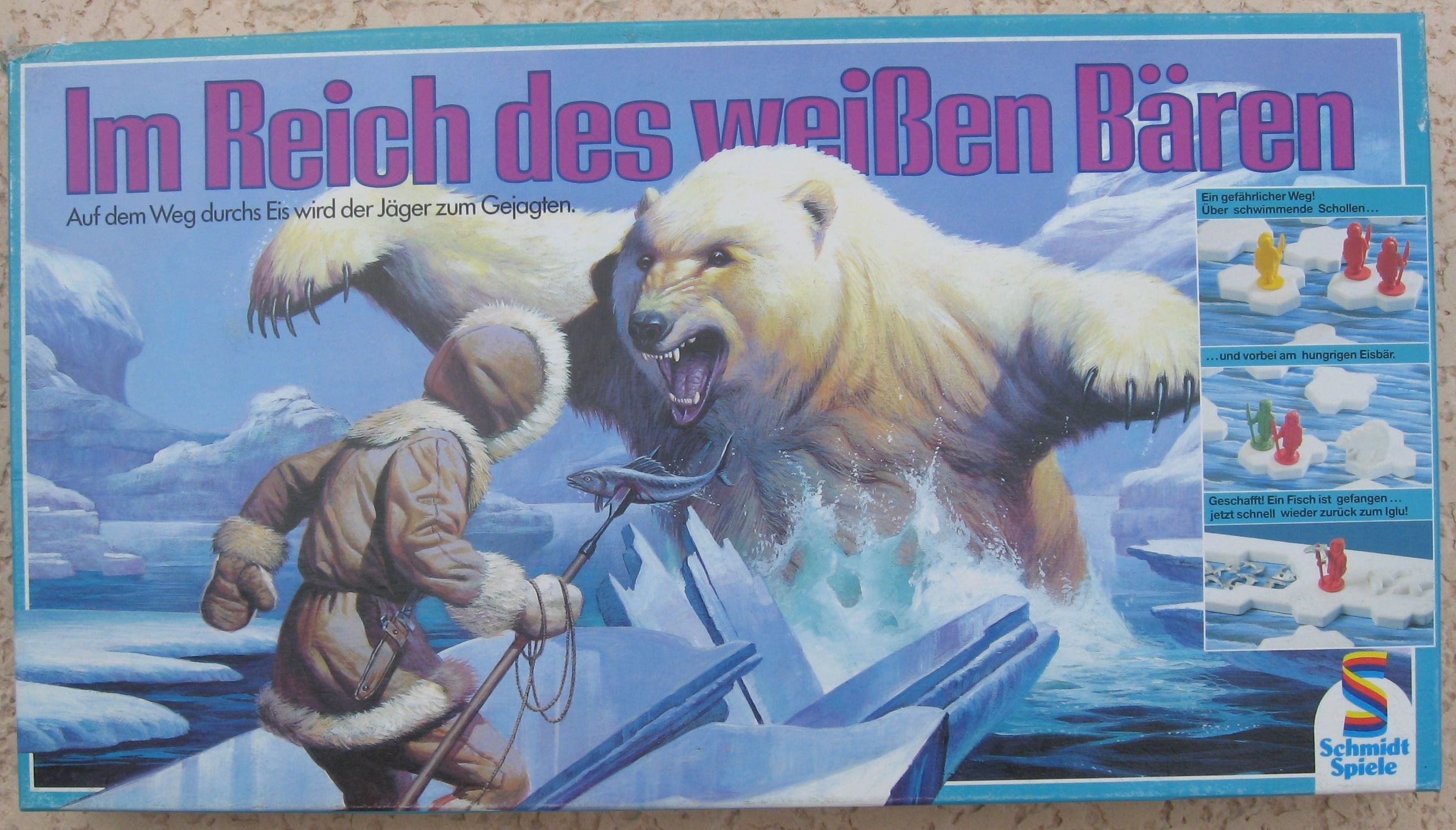 In the Realm of the White Bear Out on the ice, the hunter becomes the hunted! The realm of the white bear lies in a distant region in the Arctic, near the north pole. There lives the polar bear, or "nanuq" as he is known among the Inuit. It is the strongest and most dangerous creature for far and wide, feared equally by man and animal. Therefore, only with great care do the Inuit hunters dare to venture onto the ice, jumping from ice floe to ice floe towards their main source of food -- the fish. Then they must evade the dangerous "nanuq" and return safely home with their catch! Only the cleverest and most courageous Inuit will succeed in catching sufficient fish... Each player has a team of four Inuit, who use ice floes to move to the opposite shore to catch fish, and then return home. The game ends once a player succeeds in returning four Inuit to the home igloo, with each bringing along one fish. This game has some surprising similarities to the American game Polar Dare! that was designed by Dan Glimne and published by Milton Bradley in that same year (1991).