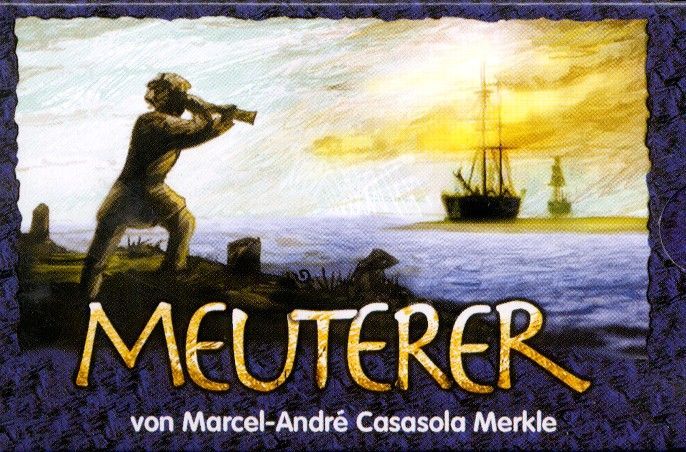 Meuterer is a role selection card game in which players take the roles of crewmembers aboard a merchant ship. Each round, each player reveals goods from their hands that they wish to sell. However, most ports deal in only one sort of good, and only the captain may decide where the ship goes. If a player chooses to become the mutineer, he/she will try to become captain in order to change the destination of the ship. Each player may also have an ally in the fight, and the side which played the most conflict points gets the final word on the ship's destination. The player with the most points at the end of the game is the winner. Every time a player sells more goods than the other players or reaches their destination, they score points. Allies to a mutiny also get points.