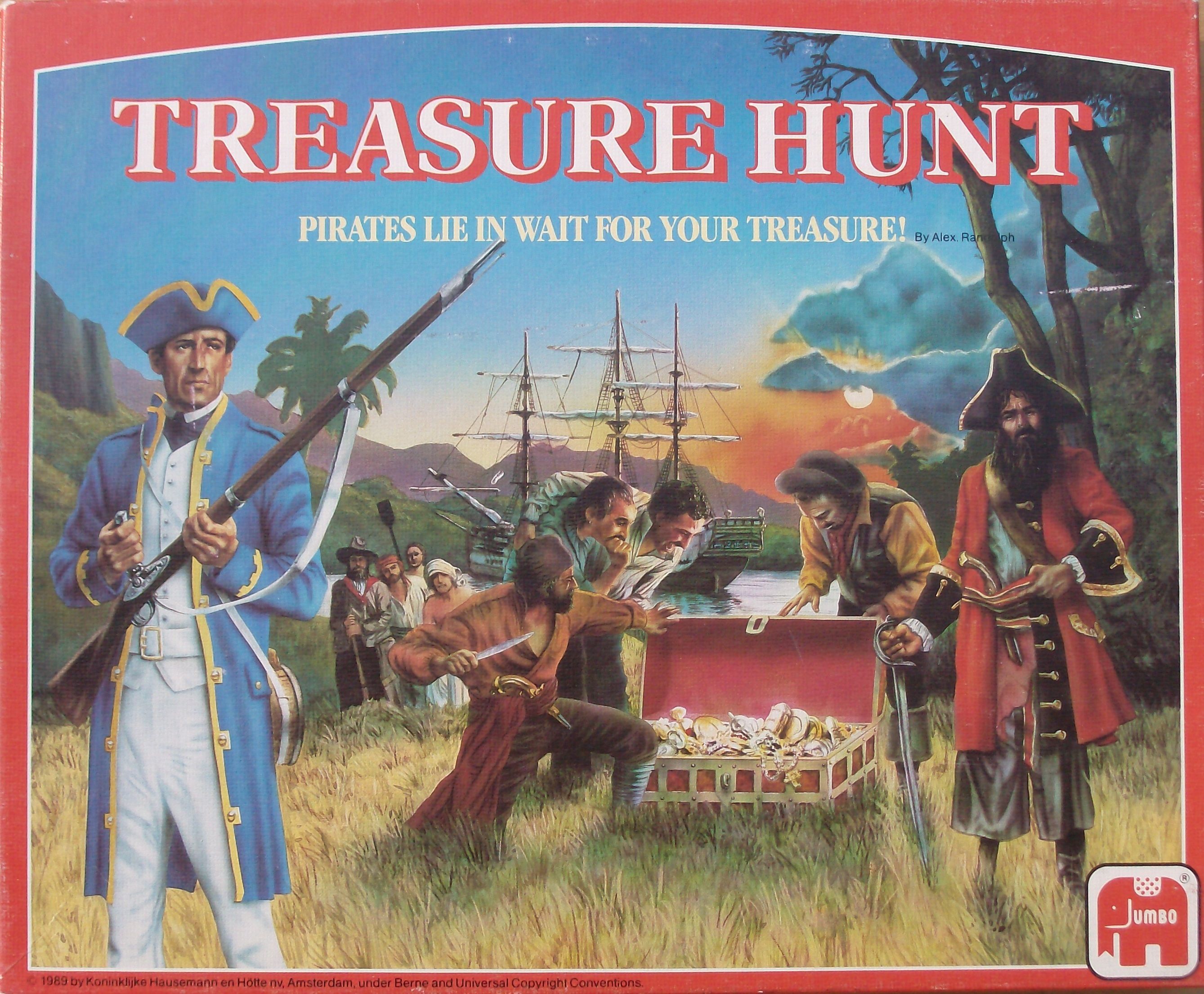 The scene is Treasure Island, the very one described in the wonderful book, about a week after the landing of the Hispaniola. Both the Englishmen and the Pirates try to bring 7 treasure chests to their ships. Since they start out with only 6 chests at least one has to be stolen from the opponent. The tracks through the jungle are made of 19 discs with a variable setup each game; there are 59578*10^24, or about six million billion billion, possible setups. These discs can be rotated during the game to shorten or lengthen the different jungle paths.