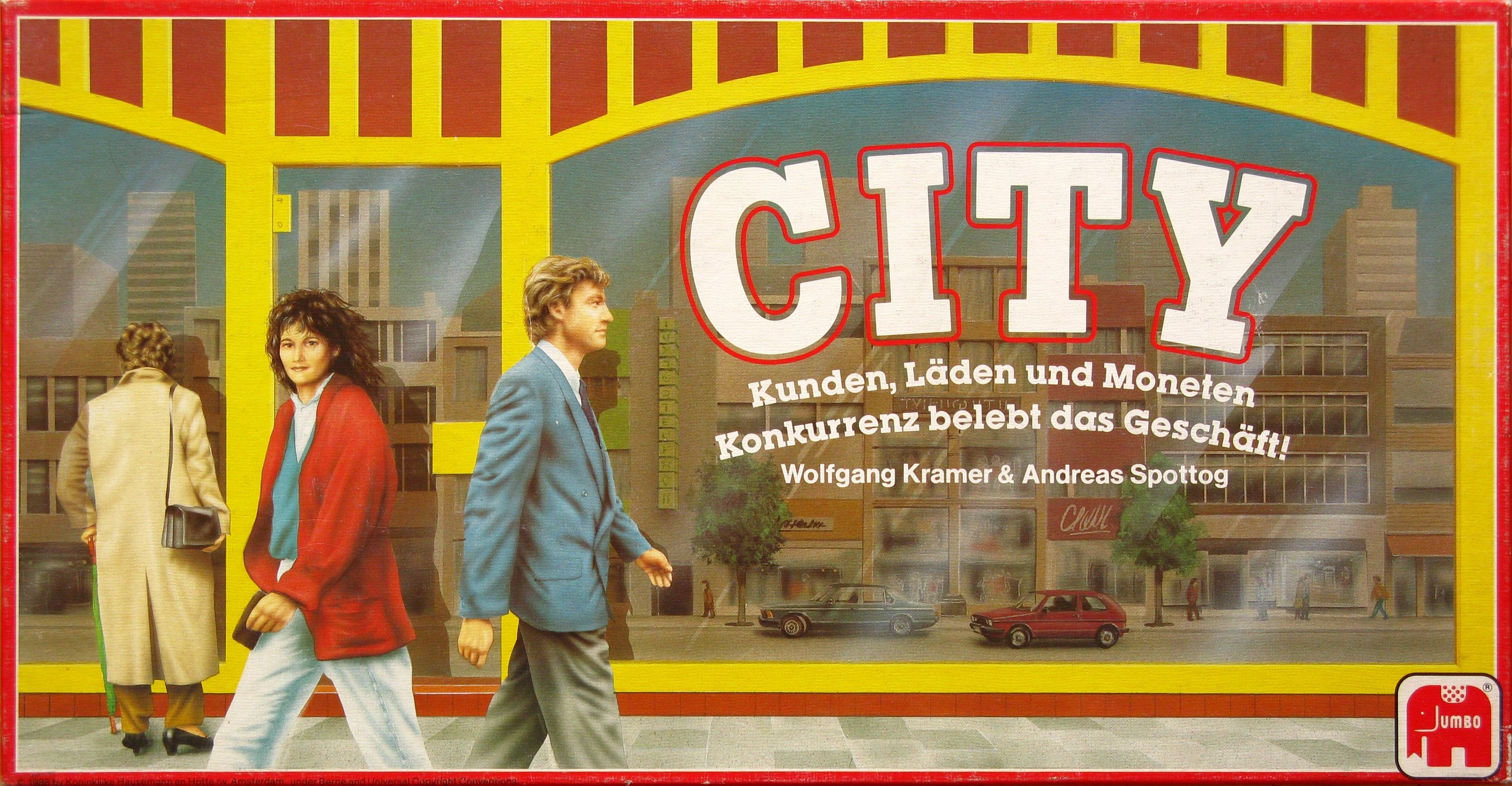 The board shows a view of a shopping parade from above. Players mark the shops that they own and try to attract customers as they move around the square. The board has a scoring track and there is an element of swindling your opponents. From MNG-AJM Games Catalog 2005: Players purchase shops and then enhance them and buy more shops as the game goes on. The board shows an overhead view of a city centre around which customers wander - some normal, some big spenders and one thief. A special die is used to let you move a customer - the idea being to direct the spenders to your shops and away from those of opponents while making sure the thief stays away from your shops and goes to as many opponents' shops as possible. The game was redeveloped and published as The Market of Alturien, the first game in the Alturien series.