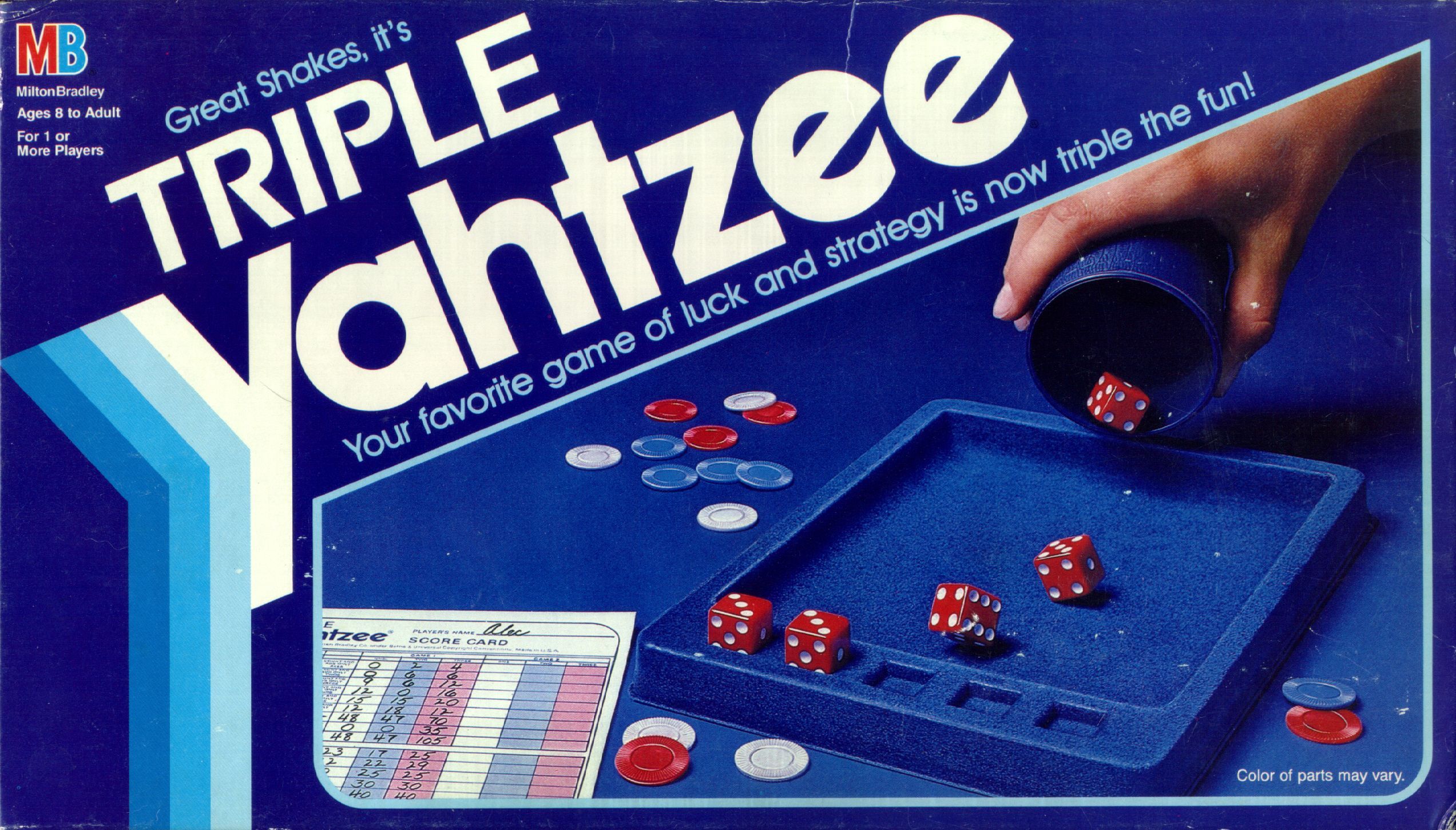 Triple Yahtzee is basically regular Yahtzee except that there are three scoring columns for each game instead of the normal one. The regular Yahtzee rules listed below are used (except that there are thirty-nine categories instead of thirteen). The columns on the score sheet are divided into first, second and third with a multiplier added to each. For First column the scores are just added up, for second column the scores are doubled and for third column the scores are tripled so in effect throwing 4 - 6's in column one would be valued at 24 but those same 4 - 6's put in column three would be worth 72 points. Therefore it is important to put your very good scores in the third column. Yahtzee rules: A classic dice game played with 5 dice. Each player's turn consists of rolling the dice up to 3 times in hope of making 1 of 13 categories. Examples of categories are 3 of a kind, 4 of a kind, straight, full house, etc. Each player tries to fill in a score for each category, but this is not always possible. When all players have entered a score or a zero for all 13 categories, the game ends and total scores are compared.