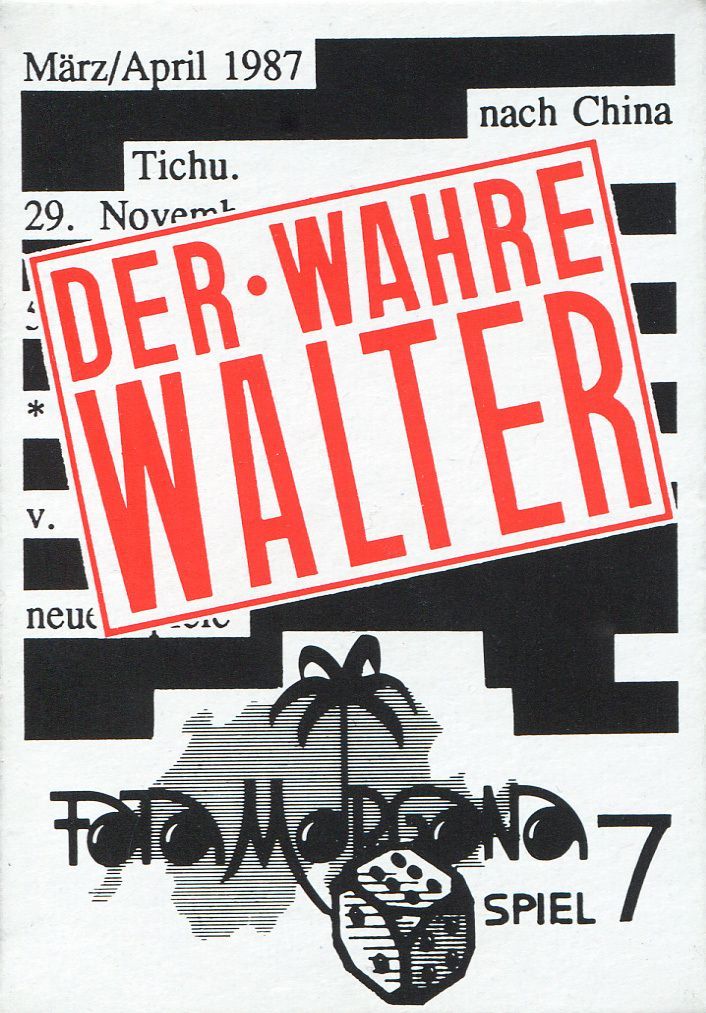 This game is best played with people knowing each other. On 156 cards are, printed on both sides, 3 sentences, where a part of the sentence is replaced by "WALTER", like "If I had a dog, I'd call him "WALTER"" or "I would like to be reborn as "WALTER"". Purpose of the game is that one is the "Sphinx", who calls out the three sentences (one by one), notes down his "WALTERS" (his propositions numbered from 1 to 3) and the other players do the same trying to find propositions which do suit the "Sphinx"'s personality. After this round the "Sphinx" takes all the propositions and reads them out (from 1 to 3, but in disorder for every sentence). Now the players note on an other paper, which propositions they think are the right ones, that means those of the "Sphinx", the "Wahre Walter"s. Players do get points for every "Wahre Walter", they noted and the "Sphinx" too gets points every time someone "bets" on his propositions, so the "Sphinx" has to be himself, the best possible. Furthermore do players, on whose propositions other players have bet get points, because they have successfully "faked" the "Sphinx". So as said before, the players should known each other (despite the possibility to give "strangers", some points of advance) and you need a lot of pieces of paper.