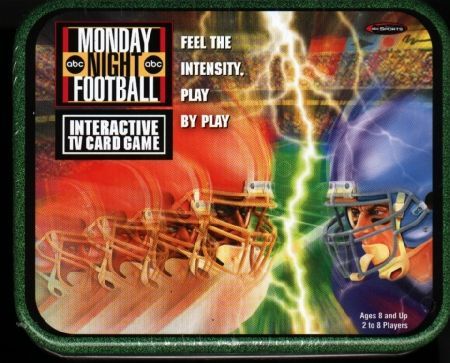 From the box cover: "Feel the Intensity, Play by Play." This card game is intended to be played while watching a televised football contest. Each player is dealt a hand of seven cards, each with a football "event" on them. For example: Hand Off, Field Goal Made, Pass Reception. When a player has a card that matches the event that just occurred on the televised game, they must be the first to play it, thereby scoring the points on the card for that event (the rarer the event the more points). When a player plays all seven of their cards, he gets a seven point bonus, everyone tallies their scores and a new hand is dealt. Play continues until the end of the game and the player with the most points from completed rounds is the winner.